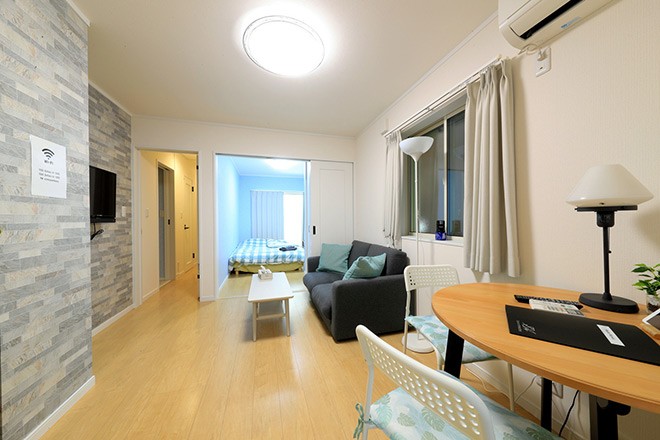 While the sharp decline in foreign tourists amid the coronavirus pandemic has devastated the hospitality industry, some “minpaku” private lodging facilities are taking advantage of the bad situation.

And they've turned their businesses around.

They found a new market for their accommodations: returning Japanese nationals who want to self-quarantine, those worried about infecting elderly relatives and others who just want a place where they can telework.

In early April, a company employee in his 40s returned to Japan from Spain and spent two weeks at a minpaku in Chiba Prefecture. Not only was he in good health, but his polymerase chain reaction (PCR) test at the airport came back negative for the coronavirus.

But he was still worried about potentially infecting his wife and son, who live in Tokyo. The government has asked Japanese nationals returning from Spain, among many other places, to self-quarantine for two weeks, either at home or other accommodations--even if their PCR test comes back negative.

The man found the Chiba minpaku while searching online for a place to stay.

The two-week stay cost about 60,000 yen ($560), much lower than staying at a hotel. He made his meals using the minpaku’s rice cooker and did his laundry in the washing machine.

The room came with an internet connection, so he was able to work from there as well.

He barely left the room for the entire two weeks.

“I was able to spend the two weeks in much better comfort than I first imagined,” he said. “I quickly became used to being holed up.”

Minpaku first started appearing in Tokyo in 2008. A decade later, in 2018, legislators passed a law that set out regulations for providing lodging in private homes.

It was supposed to be a gold medal year for those renters. The minpaku industry was expecting the Tokyo Olympics, originally scheduled for 2020, to be a major boon.

But the coronavirus pandemic not only delayed the Olympics by a year, but it also led to the first decline in available minpaku rooms since the law was passed two years ago.

According to the Japan Tourism Agency, between 400 and 700 minpaku rooms were taken off the market every month since the start of the year.

But some minpaku operators have been quick to provide rooms for returning Japanese nationals.

The Tokyo-based Sumamin operates a website offering minpaku rooms across the capital’s 23 wards.

Starting in March, it began receiving requests from returning nationals. It created a new package for those who test negative for the virus but still need to self-quarantine.

It also provides isolation-related services, including a free shuttle from the airport to the lodging. A thermometer is set out for the renter in their room, and staff can monitor the guest’s health by using an app.

One rental option, at a cost of 30,000 yen, provides a two-week supply of food in the form of frozen products, instant noodles and seasonings.

After the company began advertising its self-quarantine service, business picked up, with it fielding between 50 to 100 inquiries a day. Demand from returning nationals remained high in June, and the 100 or so rooms the company handles are booked until mid-July.

“This has been beneficial both to landlords whose revenues had decreased and returning nationals looking for a place to stay,” said Takuma Ogura, 30, who heads the company. “The tough situation we faced immediately improved.”

Other minpaku operators came up with different offerings.

Tokyo-based Matsuri Technologies started to provide lodging for those who have not yet taken the PCR test to determine if they have COVID-19, but are not feeling 100 percent healthy and worry they may have become infected.

The lodging is provided in a facility without any of the usual residents. A room there is not rented out again until five days after the last guest leaves. The company uses that time to thoroughly disinfect the room.

It has received about 2,000 inquiries in the two months since it started the service.

On top of that, it has led to other business. People with elderly relatives they do not want to potentially infect have turned to the company looking for rooms. Others have used its rooms for working away from the office because their own homes lack adequate internet access.

Since starting, the company’s room-occupancy rate has actually exceeded its usual 50 percent or so, a company representative said.

Toshio Oue, 51, who heads the Osaka-based Japan Association of Private Accommodations, said even with the self-isolation business bump, the industry’s overall outlook is still bleak, so operators will need to keep innovating.

“The prospect of inbound tourists returning soon is not very good, so the situation remains dire,” he said.

“While we cannot be optimistic because the new demand may only be temporary, the only thing we can do is seek out new services in a flexible manner.”