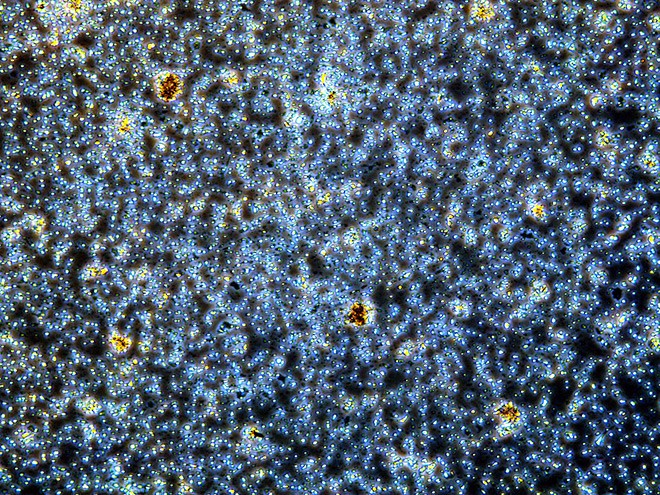 Japan’s first clinical trial using induced pluripotent stem (iPS) cells to treat cancer patients is expected to start in August, raising hopes for a breakthrough against the leading cause of death in the country.

Chiba University, Riken, a government-affiliated research institute, and other entities announced the plan on June 29.

Clinical trials are a required procedure in gaining regulatory approval for the manufacture and marketing of a medical product and device.

In the trial, patients with cancer of the head and neck will receive injections of immune cells known as natural killer T (NKT) cells derived from iPS cells.

NKT cells have the ability to attack cancer cells and activate other immune cells. But they are extremely difficult to put into practical use because they make up only 0.01 percent of blood.

Under the project, researchers will generate iPS cells based on NKT cells taken from blood samples of healthy individuals.

After increasing the volume of iPS cells, they will transform them into NKT cells to treat the cancer patients.

Researchers say creating iPS cells first will make it easier and more efficient to generate a huge amount of iPS cells that can remain in a stable condition.

Then, the iPS-derived NKT cells will be injected into an artery near the cancerous area in the patient.

The clinical trial, which will last for two years, will involve four to 18 patients whose cancers have returned after standard care, such as surgery and chemotherapy.

The researchers will assess the efficacy of the novel therapy by examining the safety of the iPS-derived NKT cells and changes in the size of tumors in the subjects through CT scans.

“We have finally reached a point where we may be able to offer a new option in cancer treatment,” said Haruhiko Koseki, deputy director of the Riken Center for Integrative Medical Sciences. “We will continue to work, paying close attention to the safety of the therapy, rather than the efficacy, in the trial.”

The patients are expected to receive basically about 50 million NKT cells in one injection. Two additional injections will be administered two weeks apart.

Surgery, radiation treatment and chemotherapy have been available as standard care for such patients.

The planned clinical trial is called cancer immunotherapy, and researchers hope it can become a fourth treatment for cancer patients.

Scientists at Chiba University have already confirmed in clinical research that injecting patients with their own NKT cells was effective in reducing the size of the tumor.

A big challenge for researchers, however, has been to gain a sufficient amount of NKT cells that can be available for treatment.

To overcome this hurdle, the researchers took advantage of the capacity of iPS cells to generate an almost unlimited quantity of stem cells. The iPS cells were first generated before they were turned into a large volume of stable NKT cells.

Kenichi Nibu, professor of life sciences at Kobe University, hailed the planned trial, noting that cancer returns to a certain number of patients even after surgery and other standard care.

“Cancer immunotherapy can be one option for patients who had to give up hopes for a cure for the disease,” he said.

But the scientists will have to clear some other hurdles before they see progress in the immunotherapy.

One concern is that the iPS cells could cause cancer-inducing mutations. In addition, a patient’s body could reject iPS cells generated from another person’s cells.

But the research team remains positive, and said the therapy could eventually be used for patients with lung cancer, a more common disease in Japan that kills far more people.

Plans to use iPS cells in clinical studies for cancer treatment are under way at other institutions in Japan.

A team of researchers from Kyoto University and Takeda Pharmaceutical Co. expects to start a clinical trial for treatment of leukemia patients in fiscal 2021.

(This article was written by Kai Ichino and Masatoshi Toda.)