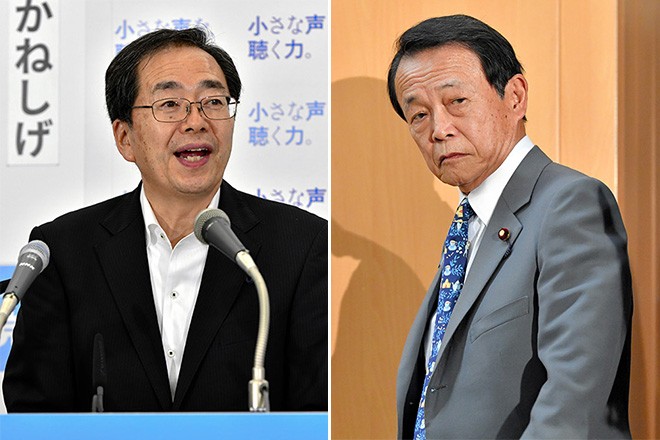 “Abe should dissolve the Lower House by the end of this year,” Aso said. “We don’t have any other choice. We should do it in fall.”

When the support rates for Abe’s Cabinet have declined, as they have recently, the prime minister has dissolved the Lower House and called a snap election to secure a “mandate” from the public.

The current term for Lower House members will expire in October 2021.

Aso said holding an early election would be good for the ruling coalition because the opposition parties do not appear ready to put up a united front, particularly with the novel coronavirus pandemic still raging.

But Saito maintained a cautious stance, telling Aso, “We are not ready yet.”

That sentiment was expressed by Natsuo Yamaguchi, head of Komeito, which is backed by Soka Gakkai, a lay-Buddhist group, and is known for its skills in organization and coordination in elections.

“I have said before that we would start a warm-up toward the (Lower House election), but we are not in the bullpen yet,” Yamaguchi said at a news conference on June 30.