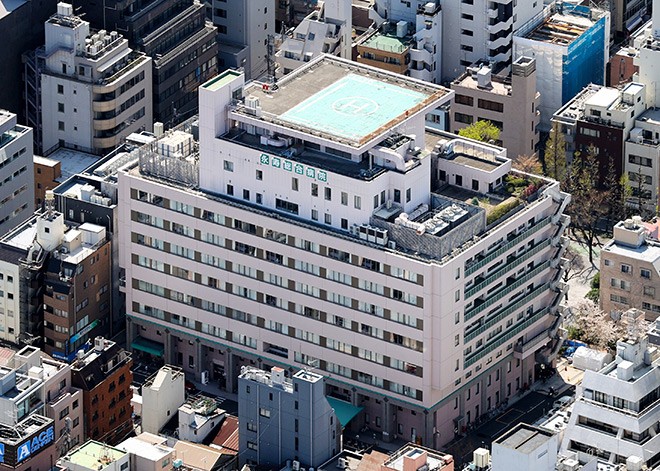 A hospital director apologized after his medical institution in Tokyo became the site of one of the worst cluster infections for COVID-19 in Japan, and admitted that the situation should have been taken more seriously.

Yuji Yuasa, the director of the Eiju General Hospital in Taito Ward, gave a news conference on July 1 at the Japan National Press Club, the first time he has spoken in public about the rash of infections at his institution that led to 43 fatalities.

“Our patients and their families were the ones who suffered the greatest damage,” Yuasa said. “As the person in charge of the hospital, I extend my heartfelt apologies to them.”

A total of 214 COVID-19 infections have been confirmed at Eiju General Hospital since the first positive tests there on March 23. They consisted of 131 patients and family members and 83 hospital staff members.

Forty-eight patients suffering from leukemia and other blood disorders were infected at the hospital’s hematology department, and 23 of them died.

According to Yuasa, a person believed to have been “patient zero” was hospitalized on Feb. 26 with a stroke and developed a fever from about March 5.

But the patient was diagnosed as having pneumonia caused by inadvertently and repeatedly swallowing saliva.

When the novel coronavirus was finally confirmed in the patient, a number of others had also developed fevers.

“We were suddenly hit by a rash of infections that we never anticipated,” Yuasa said. “We now believe that most of the infections had already occurred before it became clear there was a cluster of infections.”

About 40 percent of the 109 inpatients infected with COVID-19 eventually died, mainly in early April.

Those who died were between 50 and 92 in age, and about half of them were originally in the hospital for blood disorders. The deaths also included many elderly patients with advanced cases of cancer or other illnesses.

According to the health ministry, 103 cases of cluster infections have been confirmed at medical institutions around the nation. But Eiju General Hospital has among the largest numbers of infections passed on within the facility.

Yuasa said one problem was that hematology patients were kept in the same ward as patients being treated for other illnesses. The arrangement likely caused an increase in infections among hematology patients who required special care, leading to a large number of fatalities, he said.

The director also explained that doctors went to different wards to treat patients, another possible cause of the cluster infection.

The experience led Yuasa to conclude that the most important thing for a hospital to do to prevent infections is ensure thorough compliance among all staff members to such basic measures as carefully washing their hands and always wearing face masks when conversing with patients.

‘I MAY DIE. TAKE CARE OF THE CHILDREN.’

Three staff members at the hospital, including a doctor infected with COVID-19, released written accounts of what they went through over the past three months or so.

One nurse wrote that some workers were crying when they put on protective gear because they had no idea of what kind of virus they were dealing with.

“As we wrote the name of the staff member on the back of their protective gear, I felt like I was sending a colleague out into the battlefield,” the nurse wrote.

Many patients held belongings that demonstrated their love for the family members they could not see, the nurse wrote.

“In many cases, only hospital staff were there to see off the patients who had died, so our days were spent offering an apology while joining our hands in prayer,” the nurse wrote.

The support shown by the local community went a long way toward providing encouragement to the health care workers. A huge banner was displayed by residents to show their support for the hospital.

“I thought, ‘It is all right for us to be here.’ I remember opening the emergency exit while wiping away my tears,” the nurse wrote.

A doctor in the hematology department where the 23 patients died from COVID-19 wrote about being dumbfounded by the surge in infections in what was supposed to have been a sterilized room.

“I went down on my knees when I realized the gravity of the situation,” the doctor wrote.

Hospital staff were shorthanded for about a month because many were ordered to self-quarantine after infections were found.

One internal medicine doctor who became infected with COVID-19 wrote about his recovery from serious symptoms.

He used his mobile to send a message to his wife that said: “I may die. Take care of the children.”

The symptoms became so severe that the doctor was placed on an extracorporeal membrane oxygenation (ECMO) device, which circulates blood through an artificial lung.

“When I regained consciousness, it was difficult for me to realize I was alive,” the doctor wrote.

He has since returned to work after a period of rehabilitation.

(This article was written by Ayako Tsukidate and Kenta Noguchi.)