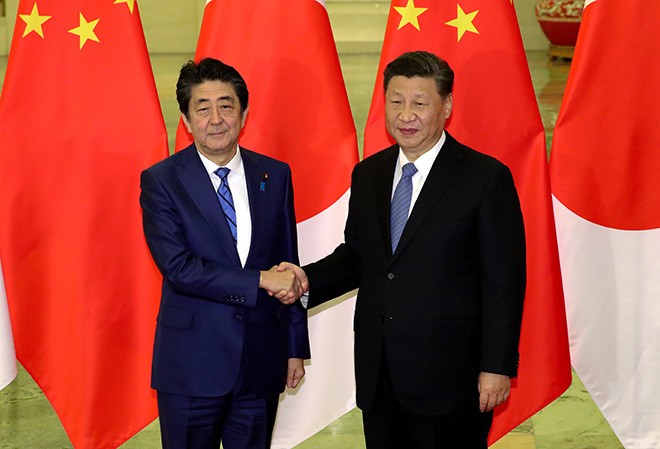 A policy group within the ruling Liberal Democratic Party drew up a draft resolution criticizing China for its new security law targeting Hong Kong that also calls on the government to cancel plans for a state visit to Japan by Chinese President Xi Jinping.

The draft was cobbled together on July 3. It quickly became clear the same day that not everyone in the LDP is in favor of such drastic action.

Members of the LDP policy committee had planned to submit the resolution the same day to Chief Cabinet Secretary Yoshihide Suga, but Fumio Kishida, the LDP policy chief, intervened. He said proper party channels would have to be involved before any decision as serious as a cancellation of a state visit was made.

The party plans to continue with discussions in the coming week before any resolution is submitted to the prime minister’s office.

That leaves open the possibility the wording of the resolution could be watered down by those who oppose worsening ties with China.

The draft was put together by executives of the LDP’s Foreign Affairs Division and other organs.

According to party sources, the draft was a strongly worded criticism of the new security law and touched upon the large number of arrests in Hong Kong after the law took effect.

Saying there were grave doubts as to whether such fundamental values as freedom and democracy would be maintained, the draft asked that Xi’s state visit to Japan be canceled.

The document also called on the government to protect Japanese nationals in Hong Kong and consider support measures for others trying to flee the former British colony.

A high-ranking administration official defended Kishida’s decision, saying the document could not be presented to Suga in light of opposition to the draft within the LDP.

“While it would be preferable in the long-term perspective to have a state visit, that likely will not happen until the situation settles down,” said a high-ranking official of junior coalition partner Komeito.

Other lawmakers, including some within the ruling coalition, have called for sanctions against China. While the government has shied away from such action so far, a high-ranking Foreign Ministry official admitted that various options were being considered.

In Beijing, a Chinese Foreign Ministry spokesman brushed off the moves within the LDP as being beneath comment.

“There are a few people in Japan making irresponsible comments regarding the domestic affairs of another nation,” Zhao Lijian said at a July 3 news conference. “Those statements are meaningless, and I do not have the time or interest to deal with them.”

(This article was written by Narumi Ota and Keishi Nishimura in Tokyo and Takashi Funakoshi in Beijing.)