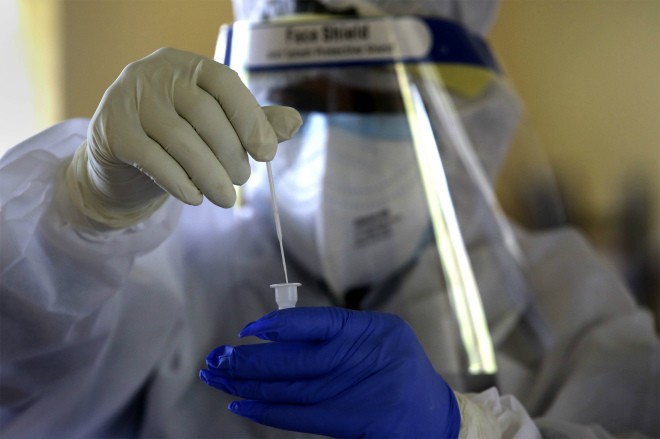 Police are guarding every entrance of the housing estates and residents are not allowed to leave their homes for any reason.

Andrews said the residents will have their rent waived for the next two weeks and will receive one-off hardship payments of between 750 and 1,500 Australian dollars ($520 to $1,040). The government said it would arrange the delivery of food and medical supplies to all homes.

“This is about protection for you and your loved ones,” Andrews said. “And then, by extension, it’s about protecting the entire state and we don’t make those decisions lightly.”

Australian Medical Association President Tony Bartone called for a temporary halt to the easing of COVID-19 restrictions across the country after the alarming surge in Victoria.

“These new outbreaks send a strong signal that the other states should rethink the pace of easing of their COVID-19 restrictions until community transmission in Melbourne is under control to avoid the risk of a similar situation playing out in their own communities,” he said in a statement.

“Before rushing back to the pub, the footy crowds, or the big weddings and parties, Australia should pause and play it safe.”

— South Korea has recorded 60-plus COVID-19 cases for a third consecutive day as the virus spread beyond the greater Seoul area. The Korea Centers for Disease Control and Prevention said Sunday it has confirmed 61 additional cases, bringing national totals to 13,091. The death toll remains the same at 283. The agency says 43 of the newly reported cases were locally infected while the other 18 were linked to international arrivals. It says 41 of the 43 cases were either from the Seoul metropolitan area or two central cities, Gwangju and Daejeon. South Korea has been grappling with an uptick in new infections after it eased social distancing rules in early May. South Korea recorded 63 new cases on both Saturday and Friday.

— China on Sunday reported eight new confirmed COVID-19 cases in the previous 24-hour period, as a recent outbreak in Beijing appeared to have largely run its course. The Chinese capital had two new cases, the seventh straight day of single-digit increase. Authorities have confirmed 334 infections during the outbreak, which was detected about three weeks ago and is the largest in the country since March. No one has died, though a few were earlier reported in critical condition. “The situation ... keeps improving and is completely controllable,” Beijing government spokesperson Xu Hejian said at a news conference Saturday. The six cases outside Beijing were people arriving from abroad. Three were in Gansu province in the country’s northwest. China has reported 83,553 confirmed cases and 4,634 deaths since the pandemic began. Its case count does not include people who test positive but show no symptoms.