Rescue workers on July 5 search for victims in the town of Tsunagi, Kumamoto Prefecture, where heavy rains caused a landslide. (The Asahi Shimbun) 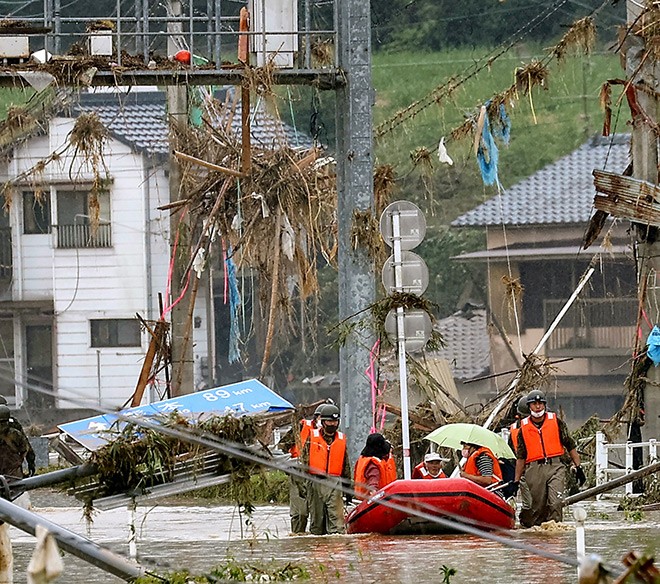 Workers in a boat rescue residents in Kuma, Kumamoto Prefecture, on July 5 after the area was flooded with waters from the Kumagawa river. (The Asahi Shimbun)

With the rain falling heavily again in southern Kumamoto Prefecture on July 6, the death toll from torrential rains over the weekend rose to 44, with 10 people still missing.

The 16 victims in Kuma include 14 people at the Senjuen nursing home, who were in cardiac and respiratory arrest and newly confirmed dead.

In Ashikita, one person was in cardiac and respiratory arrest.

Ten people were listed as missing in Hitoyoshi, Ashikita, Tsunagi and Kuma.

Back from the dead? Stem cells give hope for revival of Malaysia’s extinct rhinos