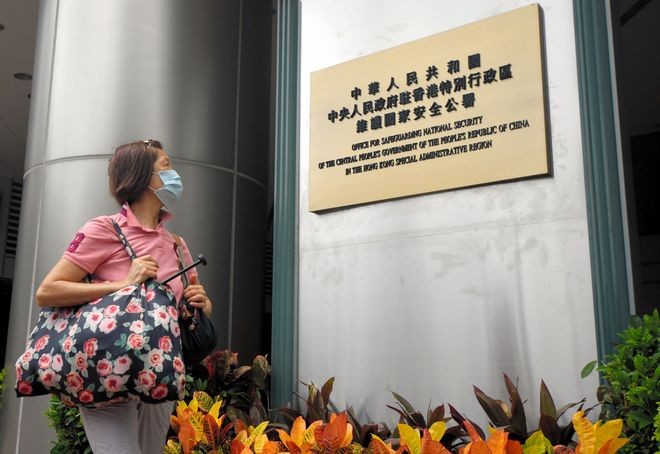 Nazi Germany reduced scores of books to ashes, among them works by Erich Kastner (1899-1974).

The author of "Lottie and Lisa" and other popular children's books, Kastner was also a poet who fiercely criticized Nazism with his mordant sense of humor.

Countless books, deemed counter to the "German spirit," were removed from libraries and elsewhere and burned ceremonially, and Kastner ventured out to such sites to see them with his own eyes.

What he witnessed were "the flames of political arson," he later recalled in his work "Das Grosse Erich Kastner Buch" (The great Erich Kastner book).

I believe it is no exaggeration to compare this Nazi atrocity to what is happening in Hong Kong.

In the wake of the enforcement of the new national security law to crack down on dissent, Hong Kong's public libraries have suspended the borrowing or viewing of books by pro-democracy authors.

The pro-Beijing media are reportedly insisting that there still are numerous other "problem books" in circulation.

Freedom of expression is dying in Hong Kong, as evidenced by the arrest of demonstrators who were only carrying an "Independent Hong Kong" placard.

It pains me greatly to see images of pro-independence demonstrators being forced to march with blank placards.

Hong Kong used to be a place where the economy prospered because there was freedom.

But Beijing has probably become confident, from its own mainland experiences, that the economy can survive in the absence of civil liberties.

What is deeply troubling is that the present abnormal state of affairs in Hong Kong is nothing but routine in China.

As things stand, I cannot possibly feel comfortable about welcoming Chinese President Xi Jinping to Japan as a state guest.

But if a dialogue with Beijing is to be given a chance, Tokyo will have to be prepared to use strong language of censure.

A line from Kastner's "The Flying Classroom" goes to the effect that when someone has committed an act of atrocity, anyone who did not try to stop it is just as guilty.