EDITORIAL: Japan should own up to dark chapters of its industrial past 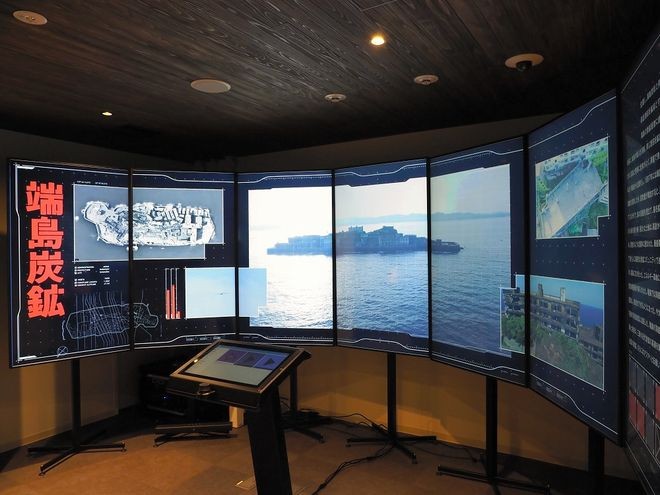 Japan has been demanding that South Korea keep its bilateral diplomatic promises concerning wartime issues during recent disputes over some of them including Japanese compensation to Korean wartime laborers, known as “choyoko” (drafted workers).

If Tokyo fails to act on this principle, it is impossible to build mutual trust between the two countries.

A fresh diplomatic row has arisen between Tokyo and Seoul over an exhibition concerning a UNESCO World Heritage site listed five years ago that is related to Japan’s industrial modernization during the Meiji Era (1868-1912). The exhibition is “the Sites of Japan’s Meiji Industrial Revolution: Iron and Steel, Shipbuilding and Coal Mining.”

The dispute has been caused by Japan’s failure to provide sufficient information about its wartime policy of conscripting laborers from the Korean Peninsula.

During a World Heritage Committee session prior to UNESCO’s decision to list the sites as a World Heritage in 2015, a Japanese representative pledged to provide an explanation, acknowledging “there were a large number of Koreans and others who were brought against their will and forced to work under harsh conditions in the 1940s at some of the sites.”

The Japanese representative promised to take “appropriate measures to remember the victims” including setting up a facility for that purpose.

The promised facility, the Industrial Heritage Information Center, opened earlier this year in a state-owned property in Tokyo. But South Korea has been irked by a portion of the exhibits.

While the above-mentioned remarks by the Japanese representative and the history of the system to conscript wartime laborers are shown in graphic panels, Seoul has taken exception to a section allowing visitors to hear testimonies about how Korean laborers were treated in those days.

Visitors can listen to interviews of people who formerly lived on Hashima island, better known as Gunkanjima, often referred to as Battleship Island, off the city of Nagasaki. The island once thrived with a coal mine where Korean laborers worked along with Japanese miners.

In the interviews, these former residents of the island testify that there was no discrimination against workers from the Korean Peninsula.

The center says none of the former residents it has interviewed so far talked about cases of discrimination or abuse targeting Korean laborers, adding that it will offer more testimonies of former residents of the island.

Testimonies of people who know about the old times, of course, have great value. But testimonies about individuals’ experiences alone cannot provide an accurate overall picture of the period.

The Japanese government’s official documents from those days and other historical materials indicate there were cases in which Koreans were mobilized by force for labor in Japan or forced to carry out overtaxing work under harsh conditions. Past trials in Japan acknowledged the fact that some Korean laborers were victimized.

The center should try to describe the entire picture of Japan’s national policy at that time by providing sufficient information about these facts as well.

While the center claims it decided on the content of the exhibits after talking with experts, its current offerings cannot be described as delivering on Japan’s promise.

There has been a notable increase in World Heritage decisions influenced by political motives. As a result, UNESCO’s Memory of the World Program to safeguard the documentary heritage of humanity has been reformed to suspend the screening process for specific candidates for registration until the parties concerned have reached an agreement.

International recognition of the value of a specific historical heritage does not mean the world’s endorsement of a specific view about history.

Every country’s history has its own share of glory and darkness. Relationships between two neighboring countries tend to be complicated and troubled.

Both Japan and South Korea are responsible for facing both glorious and dark chapters in their own histories with necessary humbleness and thinking about their futures from a historical perspective.

Since the Meiji Era onward, Japan achieved remarkable industrialization based on tremendous efforts and sacrifices.

If Japan refuses to recognize the dark sides of this history, the glory of the heritage sites will diminish.