Drowning cited in 80% of deaths in downpour-hit Kumamoto 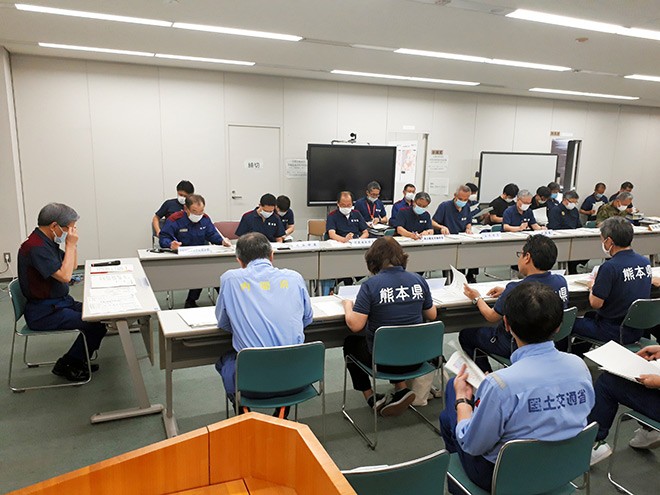 KUMAMOTO--Fifty-one, or about 80 percent, of the 63 people who have died in rain-swamped Kumamoto Prefecture are believed to have drowned, prefectural police said.

The likely causes of the deaths, as of July 13, included six from suffocation, two each from crushing and multiple injuries, and one each from blood loss and chest compression, according to the prefectural police.

They said one other death is still under investigation.

The record downpours in the Kyushu region started on July 4, causing rivers to overflow, flooding houses and triggering landslides,

One death was reported in Yatsushiro on July 12 and one each in Tsunagi and Kuma on July 13, bringing the total number of confirmed deaths in Kumamoto Prefecture to 64.

Among the suspected drowning deaths, 32 bodies were found indoors, including 14 inside the Senjuen nursing home in Kuma, police said.

Of the six suspected suffocation deaths, two bodies were found under collapsed houses and landslide debris, while four others were discovered buried by a mudslide outside their houses.

The torrential rain has so far left 68 people dead in the Kyushu region: 64 in Kumamoto Prefecture, two in Fukuoka Prefecture and one each in Oita and Nagasaki prefectures.