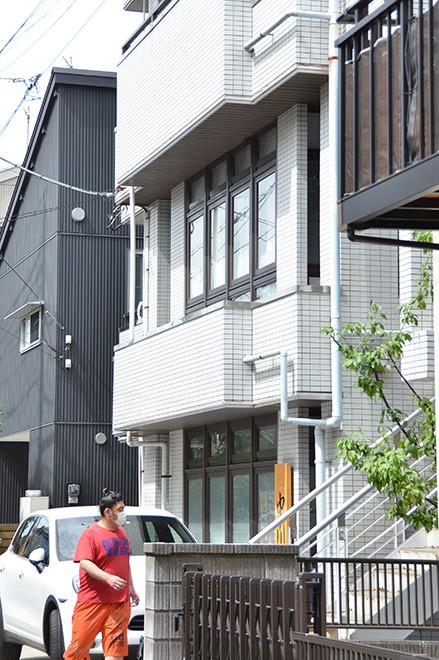 A sumo stablemaster was punished for repeatedly attacking his disciples both physically and verbally, further setting back the sport’s efforts to eliminate violence outside the dohyo.

The Japan Sumo Association on July 13 announced its decision to demote stablemaster Nakagawa and to shut down his stable in Kawasaki, Kanagawa Prefecture.

Nakagawa, 54, a former makuuchi division wrestler known as Asahisato, accepted his reduced rank to the lowest “toshiyori” class and apologized to other stablemasters at a meeting.

“I didn’t know that my disciples took my words and deeds as (abuse),” Nakagawa said when he faced the accusations.

According to the JSA, Nakagawa, whose real name is Kenji Masuda, kicked a disciple in the back and hit his face over an apparent mix-up in luggage delivery during the Spring Grand Sumo Tournament in March.

On a different occasion, Nakagawa saw the disciple nodding off while traveling. He kicked the disciple’s stomach three times and struck him twice in the chest.

The disciple was not the first victim of the stablemaster’s physical abuse.

The three disciples were not injured in those incidents, the JSA said.

However, they had also routinely been on the receiving end of Nakagawa’s verbal harassment from January 2019 to March 2020, according to the JSA.

“I will fire you,” Nakagawa told them. He also repeatedly said, “I will kill you.”

A compliance committee that investigated the accusations against Nakagawa found that the stablemaster’s actions were extremely serious and concluded that he should no longer be allowed to manage a sumo stable.

The committee also recommended to JSA Chairman Hakkaku that Nakagawa be demoted.

But the committee did not go so far as to push for Nakagawa’s resignation or punitive dismissal, saying he deeply regrets his deeds and his disciples were not injured and are not seeking severe punishment.

Hakkaku held a JSA board meeting on July 13 at Tokyo’s Ryogoku Kokugikan, which decided to follow the committee’s recommendation and close the Nakagawa stable.

Nine wrestlers of the stable who are all currently in the makushita division or lower will be taken in by other stables.

Nakagawa inherited the stable from stablemaster Kasugayama in 2017, and began taking in aspiring wrestlers in Kawasaki.

But the start was far from smooth.

Kasugayama had resigned because of a fight over who would inherit the stable and his name, and the disciples were left without a stablemaster.

Nakagawa, who used to teach at a different stable, came in and took these wrestlers under his wing. A deep and trusting mentoring relationship was missing from the get-go, a member of the stable’s support group said.

“Nakagawa is very picky and always nagging. The (wrestlers) were having difficulties communicating with him,” the supporter said.

The new stablemaster kept a watchful eye on even small matters in everyday life, such as how the wrestlers used home electronics and cleaned up trash. Any actions that did not follow Nakagawa’s intentions were not tolerated.

“You are so annoying,” he also told his disciples.

Some disciples recorded Nakagawa’s words and threats for future use as evidence against him.

“Our frustration piled up for a few years and it just erupted,” a wrestler said.

But the supporter said the punishment against Nakagawa and the closure of the stable were too severe.

“I’ve talked to all the wrestlers. They didn’t mean to boot the stablemaster out with their accusations. They just wanted him to feel sorry,” the supporter said.

The sumo world was rocked over Harumafuji’s beating of another sumo wrestler during a drinking party in 2017 that forced the yokozuna to retire prematurely.

The JSA in 2018 pledged to prevent a recurrence of such incidents.

However, accusations of verbal and physical abuse and harassment against competitive wrestlers did not stop.

Takanoiwa, the wrestler who was beaten up by Harumafuji in 2017, quit the sport when he was accused of assaulting a younger wrestler, shortly after the JSA publicly declared it would eradicate violence.

Hakkaku has stated that stablemasters who commit assaults would face more severe punishments than wrestlers.

Nakagawa is the first stablemaster punished by the JSA since its declaration.

A demotion is the third most severe punishment imposed by the JSA, after punitive dismissal and a recommendation to retire.

“It is true that the incidents were violent in essence, but the victims did not want a severe punishment. That is why we’ve reached the conclusion,” Shibatayama, the JSA spokesman who fought as a yokozuna under the name Onokuni, explained.