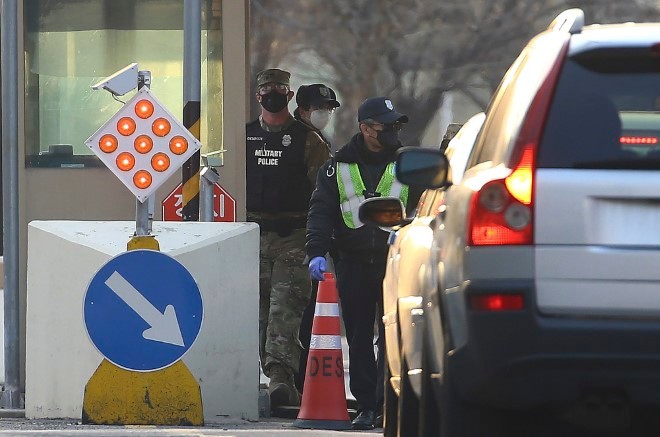 SEOUL--A South Korean city that is home to the largest U.S. overseas military base has asked for coronavirus tests on American soldiers before they arrive, amid concerns over a recent spike in imported cases, officials said on Wednesday.

U.S. Forces Korea (USFK) has reported at least 25 virus infections among its troops and employees in the past two weeks, including 11 on Monday. All were confirmed upon arrival or while spending two weeks in mandatory quarantine.

The surge has prompted Pyeongtaek, home to the sprawling Camp Humphreys south of Seoul, to ask the government to request a predeparture test for incoming U.S. soldiers, a city official said.

“Luckily there’s no infection within the base reported so far, but we thought a prior test could curb the numbers and soothe concerns among residents,” the official told Reuters.

The USFK did not respond to a request seeking comment. But it has said it is taking aggressive quarantine measures, with fewer than 1 percent of active duty personnel having tested positive.

All arrivals face a test, two weeks in isolation and a second test before release.

On Monday, health ministry official Son Young-rae described U.S. authorities’ response to the virus as “extremely strong,” adding that both sides are in close consultation on further steps.

Host to more than 20,000 soldiers, the Pyeongtaek garrison is the largest overseas U.S. base, sprawling over an area of 14.7 million square meters.

South Korea reported 39 new virus infections on Wednesday, among them 28 overseas travelers, for a 20th consecutive day of imported cases in double digits.

It unveiled plans this week to seek predeparture tests of visitors from six countries, ranging from Bangladesh and Pakistan.