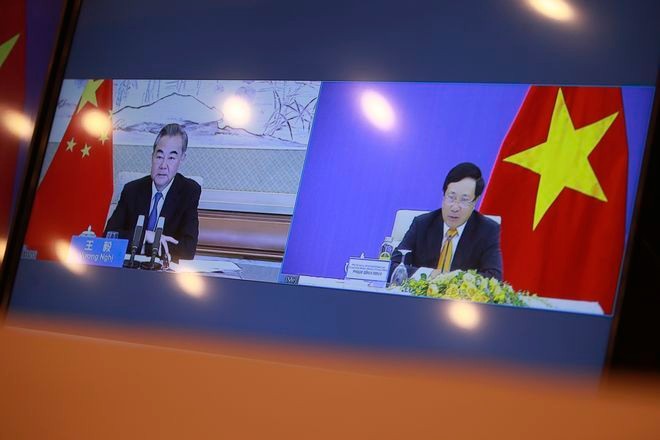 The vessels, to be delivered to the Vietnam coast guard by October 2025, would boost the country’s maritime capability, Nhan Dan newspaper reported. It did not provide details of the vessels to be built.

Vietnam and other Asian states have for years been locked in maritime disputes in the South China Sea. China claims 90 percent of the potentially energy-rich waters but Brunei, Malaysia, the Philippines, Taiwan and Vietnam also lay claim to parts.

The vessels are “aimed at strengthening law enforcement and maritime rescue operations, ensuring security, maritime safety and freedom of navigation in Vietnam,” said the newspaper, an official outlet of the Communist Party of Vietnam.

Australia last week joined the United States in stating that China’s claims in the South China Sea do not comply with international law.

Last year, the United States announced it would provide Vietnam with another coast guard cutter for its growing fleet, in addition to at least 18 “Metal Shark” patrol boats it provided to Vietnam in the last three years.

The 40-year loan has a grace period of 10 years, Tuesday’s report said, adding that the vessels would be built by a Japanese contractor.

New face shield for concert singers nothing to sneeze at