Bank of Japan speeds up work toward issuing digital currency 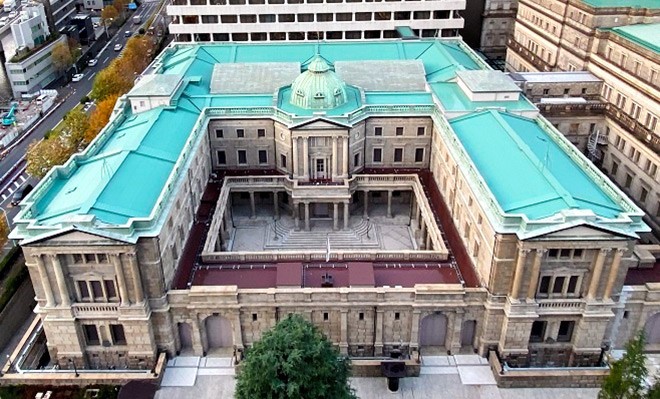 The Bank of Japan will begin substantive testing of digital currency it might one day issue as fears rise in the government and ruling Liberal Democratic Party that China could debut one first, posing a national security threat.

On July 20, a team of 10 or so members was formed within the central bank’s Payment and Settlement Systems Department to work on digital currency issues.

Consideration of a central bank digital currency (CBDC) will be handled as one of the top priority issues within the BOJ, said Takeshi Kimura, the central bank's department director-general, in response to questions from The Asahi Shimbun.

“We will move forward with discussions while pushing up the level of consideration beyond the preparatory stage,” Kimura said.

While he did not give a clear timeline for the start of testing, Kimura said his department would cooperate with the private sector, which may have more in-depth technical knowledge about the issue.

The two key characteristics necessary in a CBDC, Kimura said, are universal access similar to regular currency, so anyone can use it anywhere, and resiliency, to enable the digital currency to be used even during natural disasters and other emergencies that may lead to a temporary loss of electric power.

The BOJ's tests aim to ensure those two functions are secured.

Kimura said that one signal that would lead to an actual start of use of digital currency would be a decline in circulation of regular currency, indicating that the degree to which cashless financial payments spread would be looked at as one indicator for the need for a CBDC.

But Japan still has one of the highest levels of outstanding currency in circulation, at about 20 percent of its gross domestic product.

Kimura added that the BOJ’s digital currency could one day serve to push consolidation of the various cashless payment systems that are available today if the convenience of such systems cannot be heightened because of a lack of compatibility.

Pressure will likely mount on the BOJ to hurry up with the introduction of its own digital currency.

In June, an LDP policy committee released a proposal that said, “Having China with its hands first on the technological standards for CBDC could become a national security threat.”

Others have expressed concerns that China’s push to introduce a digital yuan was a move to take over global dominance from the dollar as the leading currency.

Some 80 percent of the world's 66 central banks had begun some kind of move toward establishing a digital currency, a study in the second half of 2019 found, according to a report by the Bank for International Settlements.

While the report said there was still only a low possibility for 70 percent to begin issuing digital currency in the near future, it added that about 10 percent of the central banks were in a position to issue digital currency fairly quickly that ordinary consumers could use.

The move by China and other nations to introduce CBDC was spurred by Facebook's announcement last year of its plan to issue its own digital currency called Libra.

(This article was written by Tetsuya Kasai and Kazuo Teranishi.)