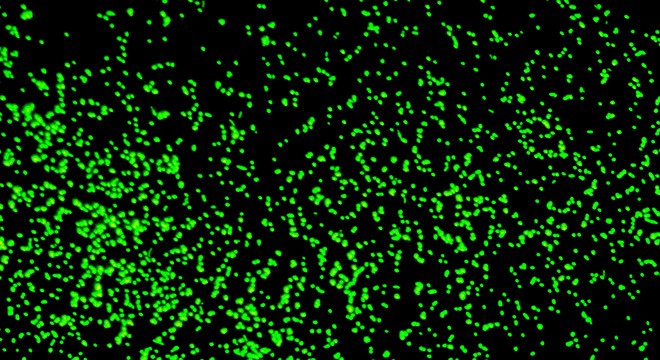 Microbes from a strata dating back 101.5 million years come to life after receiving food and oxygen. (Provided by JAMSTEC)

Microbes that were trapped deep under the Pacific Ocean for more than 100 million years started multiplying after receiving oxygen on the surface, Japanese scientists have found.

The research team under the Japan Agency for Marine-Earth Science and Technology (JAMSTEC) released its report on the incredibly durable microbes on July 28 in the scientific journal Nature Communications.

The microbes were discovered in sediment from a seabed between 3,740 and 5,695 meters deep in the South Pacific, according to Yuki Morono, a senior researcher at JAMSTEC who led the team.

The researchers then attempted to cultivate the microbes by providing oxygen as well as substances that could serve as food.

On the 21st day after cultivation began, the microbes had ingested the food, and multiplication was confirmed.

An average of 77 percent of the microbes collected from the different strata were found to be alive.

Of particular interest was that more than 99 percent of the microbes taken from the strata formed more than 100 million years ago during the age of the dinosaurs in the Cretaceous Period were alive.

A DNA analysis found that most of the microbes thrived with oxygen.

“It is inconceivable that the microbes were able to move about within the strata,” Morono said. “The study results show that microbes maintained the ability to multiply even after spending 100 million years in an environment with an impoverished level of nutrients and little oxygen.”

He added that the next item on the team’s research agenda was determining how the microbes survived for so long deep within the seabed.