EDITORIAL: Lee Teng-hui a special breed of politician much admired in Japan 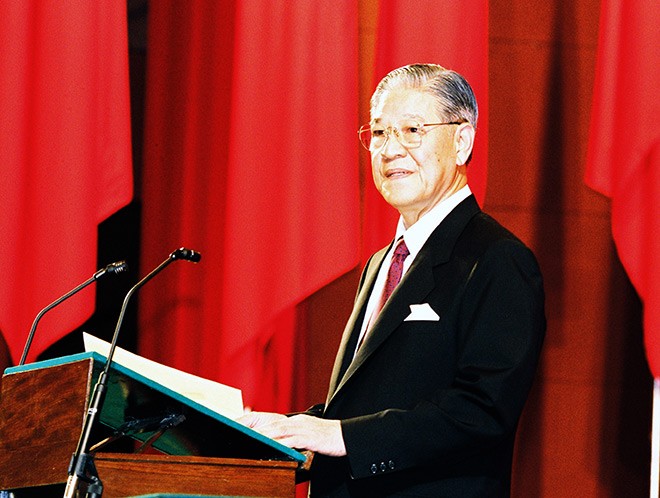 Former Taiwanese President Lee Teng-hui, who died July 30 aged 97, left an indelible mark on history by leading the peaceful transformation of Taiwan from an island under authoritarian rule to a vibrant and prosperous democracy.

In the late 1980s, Lee became the first native Taiwanese president even though he was a  member of the the Nationalist Party, known as the Kuomintang, or KMT, which was led by people born on the mainland and ruled the island with an iron fist.

As president, Lee vigorously promoted political freedom and pushed through legislative reform to ensure democratic representation, paving the way for the first popular vote to elect the president.

Some observers may argue that Lee used political reform as a means to secure the support of the United States and win the power struggle at home.

But there is no denying that he displayed amazing political prowess by accurately reading the trend in international politics at various critical junctures and leading Taiwan into a soft landing to democracy without causing serious social upheaval.

The way Lee exercised political leadership stood in sharp contrast with how China’s Communist Party regime crushed a budding democratic movement by armed force in the 1989 Tiananmen Square massacre. Now, Taiwan is one the leading democracies in Asia with economic might to be reckoned with.

Under Lee’s leadership, Taiwan showed the Chinese people that stable economic development is possible without a Communist Party-style dictatorship.

But Taipei’s relationship with Beijing deteriorated during Lee’s presidency. Strained ties between Taiwan and China led to a security crisis in the mid-1990s when Chinese military forces fired test missiles into the Taiwan Strait, which separates the island from the mainland, driving up tensions in the strait.

For Taiwan, an island of 23 million people, China, which has a population of 1.4 billion, is a gigantic power that represents an overwhelming security threat. China’s military spending is about 15 times larger than Taiwan’s defense budget, while its economy is well over 20 times bigger.

The Chinese Communist Party, which enjoys absolute authoritarian political power, has long ceased talking about political reform. It is trying forcefully to deprive the people of Hong Kong of their right to autonomy, breaking its promise to maintain the principle of “One Country, Two Systems” for the territory.

The new coronavirus pandemic has underscored this fact. Taiwan’s effective response to the public health crisis has drawn international attention as the government’s strong commitment to disclosing related information and citizens’ voluntary efforts to prevent the spread of infections swiftly brought the outbreak under control.

A culture that places great weight on each individual’s independence and vitality has taken root in Taiwan and become one of its main strengths. It contrasts strongly with the steely hand of the Chinese government, which has little tolerance for the freedom of individuals.

Taiwan was under Japan’s colonial rule for half a century until Japan was defeated in World War II. Lee was a special politician for Japan because of this historical background.

Born in Taiwan during the period of Japanese colonial rule, Lee studied at Kyoto Imperial University (Now Kyoto University). He was a Japanese military officer when the war ended.

Speaking fluent Japanese, Lee liked to say that he was Japanese until he was 22 years old. Remarks such as that were led some people to conclude he held a positive view about Japan’s wartime past.

But he remained unfazed and sometimes voiced scathing criticism of Japanese politicians, saying, for instance, they were preoccupied with discussing “petty, short-term issues.”

Lee was a powerful political presence that quietly made Japanese reflect on some weighty political questions, such as how Japan has faced up to its history with Taiwan and the kind of relationship it should pursue with its former colony in the coming years.