VOX POPULI: The tyranny of 'Keep your voice down, or you'll spread the virus' 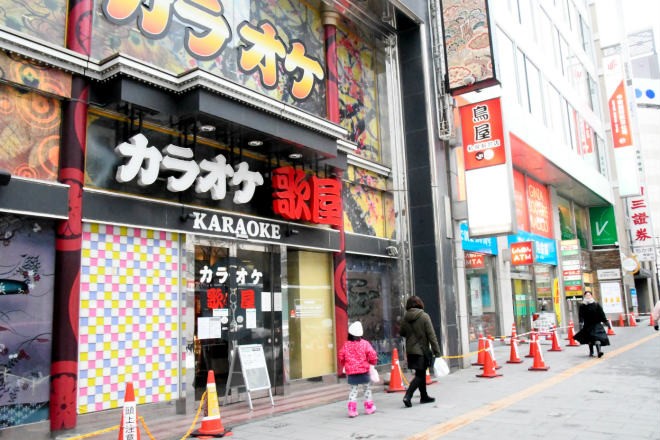 A closed sign is displayed outside a karaoke bar in front of Sapporo Station in Sapporo, Hokkaido, on March 6 (Minami Endo)

Watching the ongoing sequel to "Hanzawa Naoki," a 2013 television drama series aired by the Tokyo Broadcasting System, raises my pulse not just because of its thrilling plot. The loud voices with which Hanzawa, the hero, and other characters speak make me uneasy.

When Hanzawa delivers his famous signature phrase, "Yararetara yarikaesu. Bai gaeshi da!" (If someone hurts me, I'll hurt them back twice as much), I feel as if I can see droplets coming out of his mouth.

To make matters worse, the actors often shout at each other at a worryingly close distance which I fear may be less than 30 centimeters. I feel so uncomfortable about such scenes probably because the importance of social distancing has been ingrained in my mind.

I guess the shooting was done before the nation was struck by the first wave of the new coronavirus. In any case, it is something of a shock to realize that we are in an era when loud voices are abhorred so much.

The Osaka prefectural government has urged citizens to refrain from drinking parties involving more than four people. That is apparently because people tend to speak louder in large gatherings.

Though it is not attracting much attention, the issue of avoiding loud voices is affecting martial arts as well.

In karate or kendo, players usually give out fighting yells. The governing bodies of these sports have called for voluntary restrictions on this practice.

I feel like resuming practicing kendo, which is my hobby, but it is hard to imagine how I can wield a bamboo sword without yelling.

The Japanese phrase "kenken gogo" describes a situation where many people raise a big hue and cry, while the similar but slightly different phrase "kankan gakugaku" refers to a no-holds-barred argument.

If we argue over important topics, we should do so in a "kankan gakugaku" manner. But the kanji characters for both phrases indicate speaking loudly.

When will the day return when we can talk to each other face to face, in loud voices or not, without feeling uncomfortable about doing so?

I will feel sad if this odd situation, where heated discussions can be seen only in TV dramas shot long ago, continues for much longer.