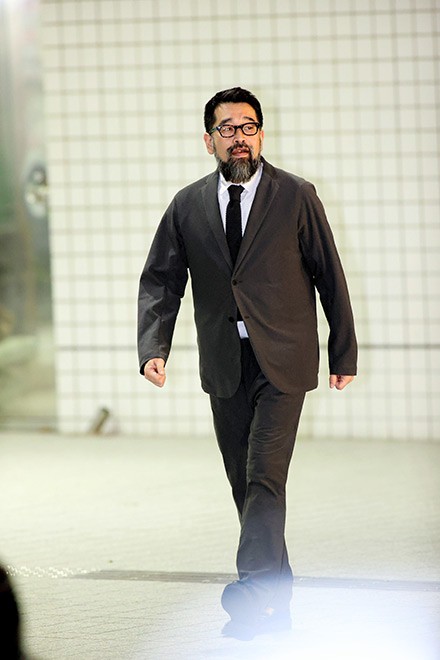 Noriyuki Makihara, after being released on bail over drug charges, in Tokyo in March (Asahi Shimbun file photo)

Makihara's defense team had argued for the suspended sentence, on the basis that though the musician had the drugs, “he planned to throw them away, and he has already cut his connection with them.”

Though the court ruled in their favor, the judge blasted the musician for his actions, saying, “He showed his lack of hesitation for illegal drugs, and it was a malicious crime. He should bear a heavy criminal responsibility.”

Makihara, 51, possessed 64.2 milliliters of the mood-enhancing inhalant Rush and 0.083 grams of a stimulant drug at his workplace in Tokyo’s Minato Ward between March and April in 2018, according to the ruling.

On Feb. 13 this year, he again kept illegal drugs at his home, consisting of about 3.5 milliliters of Rush, a form of isobutyl nitrate.

Makihara admitted the allegations during the first day of his trial on July 21. “I sincerely apologize to my fans and the musicians I work with,” he said at the time.

Prosecutors had fought for a stiffer sentence.

“Even after he was given a criminal sentence in violation for the stimulant control law in 1999, he kept using drugs repeatedly,” said one prosecutor previously. The prosecutor also alleged the singer had an addictive and dependent nature.

In 1991, Makihara’s song “Donna Tokimo” (Always) sold more than 1 million copies. In 2003, “Sekai ni Hitotsudake no Hana” (The one and only flower in the world), which he wrote for all-male idol group SMAP, also became a huge hit in Japan.