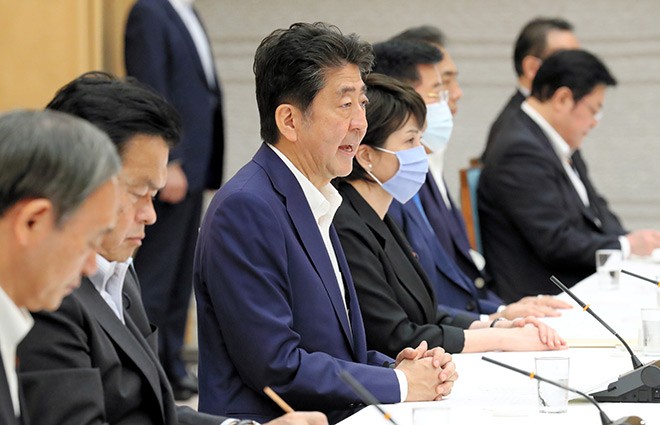 The government and ruling coalition flatly rejected opposition parties’ demands for an immediate extraordinary Diet session to discuss measures to deal with the novel coronavirus pandemic.

Hiroshi Moriyama, chairman of the Liberal Democratic Party’s Diet Affairs Committee, met with his opposition counterpart, Jun Azumi, on Aug. 4 and said the coalition would not hold an extraordinary Diet session at this time.

High-ranking government officials at a meeting on Aug. 3 agreed that if an extraordinary Diet session were to be held, it would be in October at the earliest.

And the purpose of that session would be to ratify a possible new trade agreement with Britain, covering issues related to Britain leaving the European Union.

Senior LDP officials had said the political calendar meant an extraordinary Diet session would probably not be held until late October.

Abe and his administration have been criticized over the government’s response to the spread of the novel coronavirus.

For example, the program to distribute two washable cloth face masks to every household proved unpopular, and the government’s decision to promote domestic tourism as the number of COVID-19 cases keeps rising was blasted as reckless and dangerous.

One LDP official said of the opposition demands that there is no pressing legislation that needs immediate Diet deliberations.

But a high-ranking official of junior coalition partner Komeito had a more blunt reason for not holding an extraordinary Diet session.

“Opposition questions would be nothing but criticism of such issues as the face masks being planned for distribution and the government’s ‘Go To Travel’ tourism promotion campaign,” the Komeito official said.

Although committee sessions are being planned for late August to discuss the Go To Travel subsidy program and other topics related to the coronavirus pandemic, Abe will not attend those talks despite requests from the opposition parties.