Japanese foreign minister due in Britain for ‘difficult’ trade talks 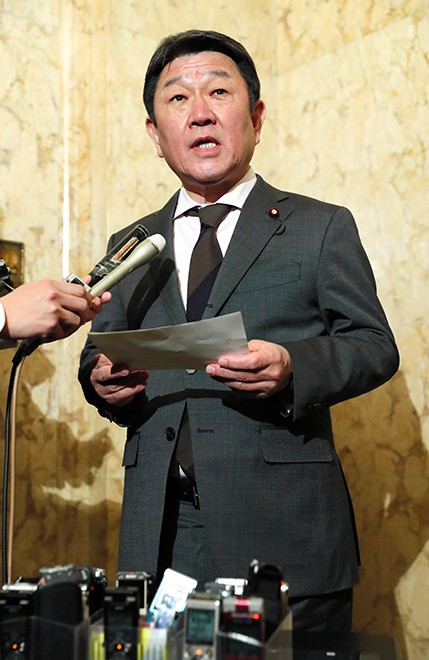 Japanese Foreign Minister Toshimitsu Motegi will visit Britain this week for what he predicted would be difficult talks as the two countries look to conclude a post-Brexit trade deal.

About 1,000 Japanese companies are in Britain including major carmakers, and Tokyo wants an early agreement before the Brexit transition period, and their current EU-frameworked trade agreement, run out at the end of this year.

Motegi's Aug. 5-7 visit for face-to-face talks with British Trade Minister Liz Truss will be the first overseas for any Japanese government minister since the start of the coronavirus pandemic, he said.

"Difficult negotiations such as this, where national interest is at stake, cannot be conducted over the telephone," he told a news conference.

"...I'm afraid negotiations will last many hours, but I would like to find middle ground and reach an agreement."

Ensuring the smooth continuation of bilateral businesses was indispensable, he added.

If trade tariffs went higher, "it would be a huge burden for Japanese companies to continue their activities in the UK," a Japanese foreign ministry official said

"That's why we are accelerating the negotiation."

Motegi, asked about the Hong Kong government's postponement of a city legislative election, said he had "grave concerns" about the issue.

"It is important for Hong Kong to develop in a democratic and stable manner, while its free and open structure is maintained under the 'one country, two systems' principle," he said.

"...Holding a free and fair election without delay is an important basis for that. Japan would like to keep an eye on the situation ... while cooperating closely with other countries concerned."

Hong Kong leader Carrie Lam on Friday postponed the Sept. 6 election to the Chinese-ruled city's legislature by a year, citing the public health risk from the coronavirus.