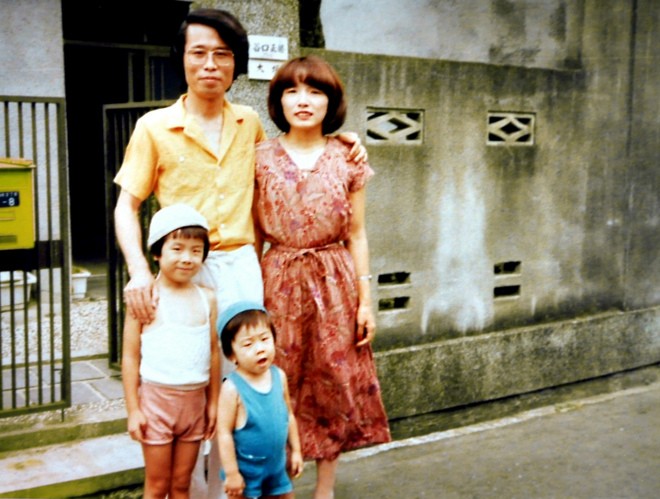 Before the 35th anniversary of one of the world's deadliest plane crashes, Machiko Taniguchi wrote a letter to Boeing Co., the manufacturer of the ill-fated commercial jetliner.

“This letter is about a book I have written,” she began. “I would be most grateful if all the Boeing employees could read it.”

Her intention was not to address the years of resentment and anger toward Boeing, whose faulty repairs allegedly led to the crash that killed her husband and 519 others aboard.

Rather, Taniguchi, 72, who lives in Minoo, Osaka Prefecture, wanted the workers to learn a lesson: A small mistake can ruin many people's lives.

Taniguchi’s life was irreparably altered on the evening of Aug. 12, 1985.

She was waiting for her husband, Masakatsu, 40, a chemical company employee, to return home from a business trip.

He boarded the JAL 123 flight from Tokyo to Osaka. The jumbo jet, a Boeing 747-SR model, never made it to its destination.

At around 6:56 p.m., the plane crashed into a ridge on Mount Osutakayama in Gunma Prefecture.

It was mid-summer vacation time and many children were aboard the aircraft. Among the victims was popular singer Kyu Sakamoto, famed for his hit “Ue o Muite Aruko” (Let’s Walk Looking Up), or “Sukiyaki" as it was called in the United States, where it rose to the top of the charts in 1963.

The death toll remains the world’s worst for a single aircraft crash.

A blood-stained note that Masakatsu wrote while the plane was spiraling out of control through the sky before crashing was later found.

“Machiko, please take care of our kids,” it reads.

In the depths of her grief, Taniguchi started an apartment management business to raise her sons.

Masakatsu planted the tree five years before his death. The tree bore its first fruit in autumn of the year her husband died.

The bereaved family took it as a sign of encouragement.

The tree continued to grow and so did Taniguchi’s children. They grew up, got married and had their own children.

Such occasions and milestones have made Taniguchi gradually regain a sense of happiness. She feels, though, that the persimmon tree, now big and tall, has always been there with her.

“The tree looks dead in winter. Yet it blooms so strongly in spring,” she said.

At a suggestion from an acquaintance, Taniguchi decided to write a storybook based on her family’s experiences both prior to and after the plane crash.

The book, titled “My Papa’s Persimmon Tree,” was published in 2016.

The story is told from the perspective of Taniguchi’s second son.

The boy cries when he learns that his father, who had promised to bring a souvenir home for him, will never return. When the persimmon tree bears fruit, his older brother says, “This is a present from Dad.”

The boy becomes a man and a father himself.

“I’m gonna be a father like my dad,” he promises his newborn daughter.

The book ends with the smiles of three generations of Taniguchi’s family.

Taniguchi visited schools to read her book to students. A publisher approached her wanting to translate it into English.

Students at a local international high school helped with the translation.

As a bereaved family member of the 1985 crash, Taniguchi decided to write a letter to Boeing, which accompanies the English version.

An investigative report concluded that the tragedy was likely caused by repair errors.

It presumed that the aircraft’s pressure bulkhead had failed during the flight, which led to the catastrophic loss of control of the aircraft.

“I blamed Japan Airlines and Boeing for nearly 30 years,” Taniguchi wrote in the letter.

Then she added, “I finally realized I could no longer carry resentment.”

She plans to send a copy of the book along with the letter to Boeing, hoping that young employees who may not know about the 1985 crash read the book and become aware of a simple truth: “Because of one small mistake, many lives were lost and the fates of many others changed.”

She hopes that the book also reaches everyone who works in the public transportation industry.

On July 21, Taniguchi, with the assistance of a cane, climbed Mount Osutakayama and reached the ridge where her husband’s soul has been resting.

The anniversary of the accident was still three weeks away, but Taniguchi could not wait to tell Masakatsu about the completion of the book’s English version.

The easing of travel restrictions amid the novel coronavirus pandemic also gave her a small window of opportunity to travel from Osaka Prefecture to Gunma Prefecture.

In front of Masakatsu’s burial marker, Taniguchi flipped open the pages of the storybook.

“Rest in peace and keep watching over us, please,” she said to her husband.

“My Papa’s Persimmon Tree” can be purchased at: