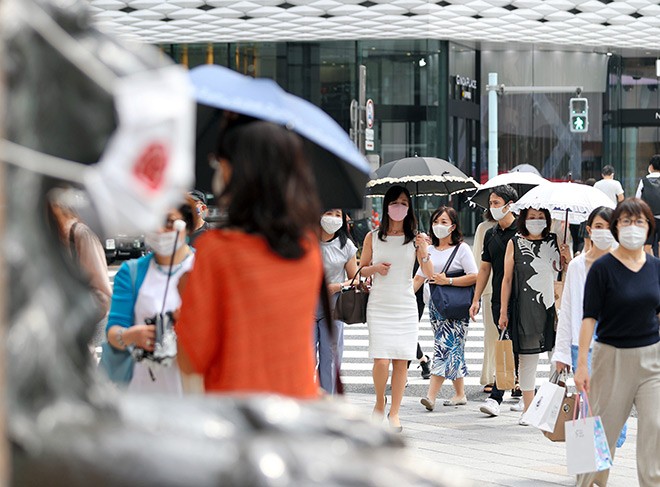 Health authorities reported a record number of COVID-19 infections nationwide on Aug. 7, an ominous start to the Bon holiday season that kicked off the same day.

Millions of Japanese traditionally return to their hometowns at this time of year to honor the spirits of their ancestors and be reunited with family members and old friends.

The previous national record was the 1,571 cases reported on July 31.

The four prefectures with record daily figures were Osaka, Okinawa, Shiga and Akita.

The 14 cases were all related to a local corporate basketball team, with the infections found among players, their family members, team staff and a referee who was involved in one of the games played by the team.

Osaka reported 255 cases, while nearby Shiga had 31.

COVID-19 infections were also confirmed in outlying islands in the prefecture, including Miyakojima, Ishigakijima and Iriomotejima.

The Justice Ministry also announced Aug. 7 the first case of a foreign national who overstayed his visa being confirmed infected with COVID-19 at one of the detention facilities run by the Immigration Services Agency.

The infected man in his 50s was awaiting deportation.