Summer Perseid meteor shower will peak on night of Aug. 12 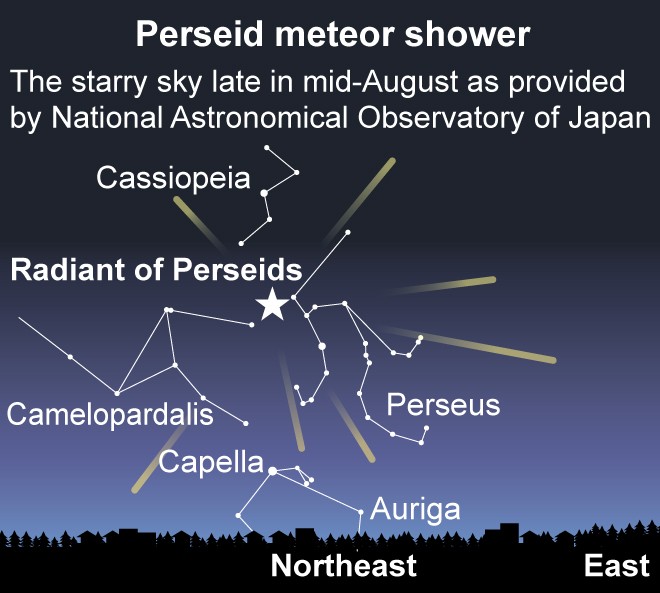 A nature fireworks show will flash through the night sky from Aug. 11 and 13 as the Perseid meteor shower makes its annual summer appearance.

At its peak on the night of Aug. 12, up to 30 meteors an hour may be seen in dark-sky locations even though a last quarter moon could partially brighten the sky.

According to the National Astronomical Observatory of Japan, the Perseids will be active from around 9 p.m. until dawn the next day.

Although shooting stars will appear to emanate from the constellation Perseus, rising in the northeastern sky, they may appear anywhere in the night sky.

Perseid watchers are advised to find a location with an unobstructed and wide overhead view, look away from city lights and the moon, and continue observing the sky for more than 15 minutes to get the eyes fully dark adapted.

The Asahi Shimbun will broadcast images of the meteor shower via a live camera set up at the Kiso Observatory of the University of Tokyo in Nagano Prefecture: (https://www.youtube.com/watch?v=MXMCe6J3YA8)