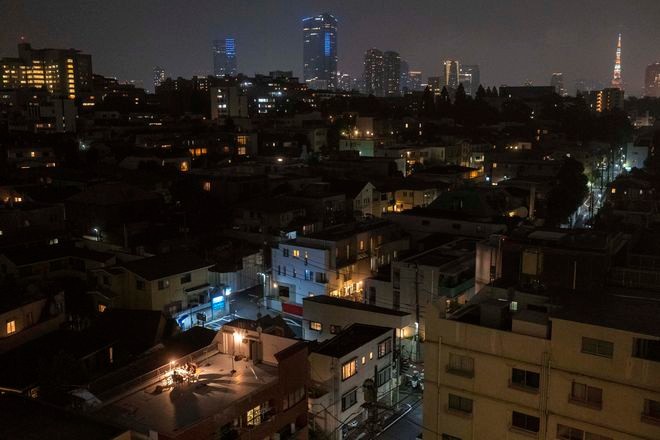 A group gathers for a rooftop barbecue in Tokyo on Aug. 8, the start of Japan's annual Bon homecoming holiday season. (AP Photo)

Japan’s number of new cases has topped 1,000 on a daily basis since late July, according to an analysis of coronavirus data by The Asahi Shimbun.

Cases increased by about 20,000 over a roughly two-week period starting in late July.

The surge in new infections is also spreading from major urban to rural areas.

The first confirmed COVID-19 case in Japan came on Jan. 16. Japan exceeded 10,000 cases by April 18, excluding the cases of passengers and crew of the Diamond Princess cruise ship.

There was a decline in new cases from May until June, but the figure has risen sharply since July.

Tokyo’s case total has spiked beyond 16,000, while other major urban prefectures, such as Osaka, Kanagawa, Aichi and Fukuoka, have seen their totals enter the range of 3,000 to 6,000 cases.

But the number of new COVID-19 cases has also been increasing sharply in rural prefectures, such as with the recently reported cluster infection at a senior high school in Shimane Prefecture.

The number of cases in the southernmost prefecture of Okinawa has exceeded 1,000.

It is raising concerns the medical care structures in rural areas and outlying islands may be facing an increasingly tighter situation in their ability to provide adequate care.

Meanwhile, the Tokyo metropolitan government reported 188 new cases on Aug. 11. The figure for the previous day was 197, the first time in two weeks the daily tally was under 200.