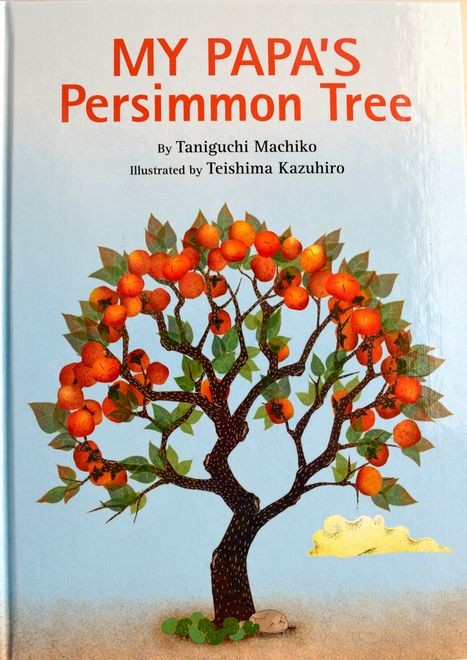 For 72-year-old Machiko Taniguchi of Minoo, Osaka Prefecture, the autumn of 35 years ago was the most painful period in her life.

It was then, also, when a persimmon tree in her garden bore fruit for the first time.

The ripening fruit felt to her like a gift from her deceased husband, and she could not stem her tears.

Among his belongings recovered from the crash site were his driver's licence and a hastily-jotted farewell note.

The note smelled faintly of blood and smoke.

It was her two grieving sons--the older was a first-year junior high school student and the younger was in the third year of elementary school--who noticed the fruit on the persimmon tree.

The tree had been planted by Masakatsu five years before to mark the completion of their new home.

"It's said (in Japan) that peach and chestnut trees take three years to bear fruit, and persimmon trees, eight years," Taniguchi noted. "But our persimmon tree did it sooner. It must have done so just for us, and I was delighted."

She recounts this experience in a picture book she published, titled "Papa no Kaki no Ki" (My Papa's Persimmon Tree).

"Our daily life, which I simply assumed would continue day after day, was suddenly taken from us," Taniguchi said. "I wanted to remind everyone of the utter preciousness of every single day spent with one's family."

After the disaster, Taniguchi raised her sons with the help of people around her. She now has three grandchildren.

Today marks the 35th anniversary of the crash, the world's deadliest single-plane accident.

A haiku by a woman whose daughter perished in the crash, goes to this effect: "We are all the same/ Trekking up Osutakayama Mountain Ridge/ To meet our parents and children."

This poem can be found in "Akanegumo" (Rosy cloud), a collection of writings by the bereaved families of the victims.

A total of 520 passengers and crew were killed. I think about the months and years of grief endured by everyone who lost their loved ones.

On the day I interviewed Taniguchi, I touched the persimmon tree. The trunk was stout, and the leaves were thick. And there were dozens of still-green persimmons gleaming in the summer sun.