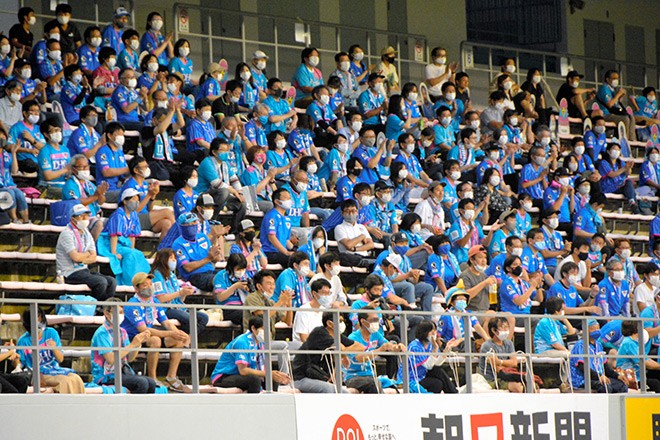 The league immediately canceled a first-round match of the Levain Cup between Sagan and Sanfrecce Hiroshima, scheduled to be held in Hiroshima later that day.

“We are aware that the team has become a mass cluster infection case,” team President Minoru Takehara said at a news conference, after learning that a total of 10 players and staff were infected with the virus.

Following a request from a public health center, Sagan suspended its team activities until around Aug. 25.

Kim felt something was wrong on the afternoon of Aug. 8 but attended the evening match regardless, according to team officials.

He had a 38-degree fever on the evening of Aug. 9. But he joined a team practice the following morning because his temperature was back to normal. He was not wearing a mask at a meeting with other coaches, officials said.

“We will disclose as much information as possible while working hard to prevent the infection from spreading further,” Takehara said.

The game in Hiroshima was the third instance where the J.League opted to cancel a match because of the novel coronavirus since the league resumed its season on June 27.

The J1 top-division match between Hiroshima and Nagoya on July 26 was canceled, followed by a J2 match between Omiya and Fukuoka on Aug. 2.

Three games involving Sagan currently scheduled for dates before Aug. 25 are likely to be canceled.

J.League Chairman Mitsuru Murai said the league will make an extra effort to maintain the health of team members and reshuffle the season schedule if necessary.

Currently, league members are required to report when they develop a fever of 37.5 degrees or higher for two consecutive days. That did not apply in Kim’s case.

The league “needs to verbalize” how to pay attention to certain symptoms and how to decide what to do about them, Murai said.

“We should not leave the judgment to players alone.”