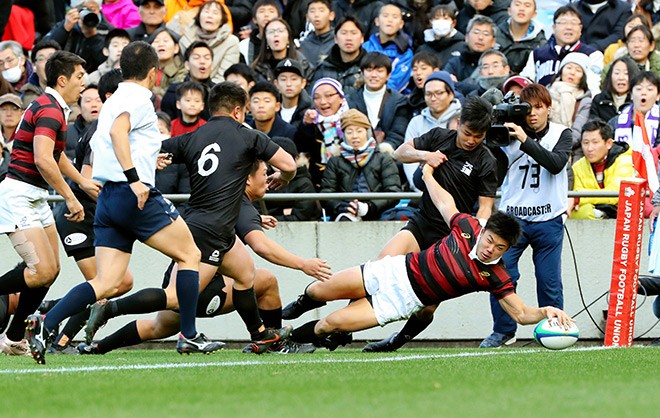 TENRI, Nara Prefecture--A championship university rugby team here has been left reeling after 24 members tested positive for COVID-19 in a third cluster of infections in the prefecture.

Five members of the Tenri University rugby team have light symptoms, while the remaining 19 have no symptoms, prefectural and university officials said on Aug. 16 and 17. Fifty-five members have tested negative.

The rugby team has 168 members, all living in an on-campus dormitory. All remaining members will undergo polymerase chain reaction (PCR) tests.

"We have taken the utmost precautions (against the novel coronavirus), but it is extremely regrettable that club members have become infected," said Tatsuki Okada, vice president of Tenri University, at a news conference on Aug. 17.

The university suspended all extracurricular club activities until Aug. 24. It is unclear when the rugby team will be able to resume practices.

According to the prefectural government, a member of the rugby team in his 20s was found infected for the first time on Aug. 12. Fifty-three rugby team members and six staff members including coaches, who had close contact with the infected member, underwent PCR testing on Aug. 14.

Nineteen members in their teens and 20s tested positive on Aug. 15. The three members had mild symptoms while 16 had no symptoms. The other 34 members and six staff members tested negative.

The university rugby team has taken first place in the Kansai league for four years in a row and has finished second in the National University Championship in the past. Harumichi Tatekawa, a former member, played on the Japanese national team that beat South Africa in an epic upset in the 2015 Rugby World Cup.

The Nara prefectural and city governments announced on Aug. 16 that 24 people were newly confirmed infected with the novel coronavirus, reaching a record high in a single day in the prefecture.

(This article was written by Kazuhiko Ishikawa and Ryuichiro Fukuoka.)