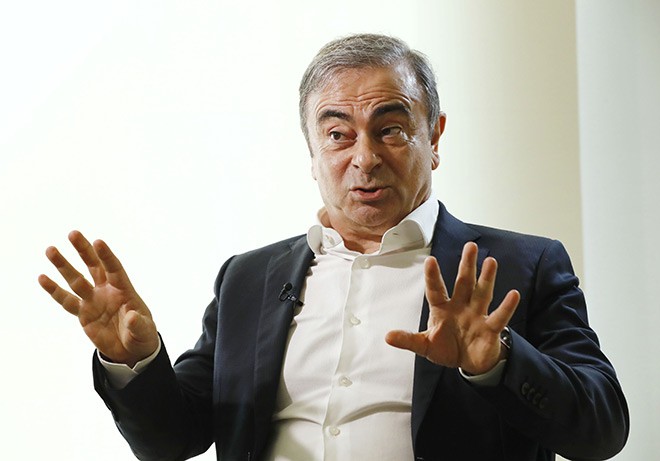 The Tokyo Regional Taxation Bureau is imposing about 250 million yen ($2.4 million) in back taxes and penalties on Nissan Motor Co., for some 1 billion yen linked to misspending by former chairman Carlos Ghosn.

The taxation bureau determined that Nissan had failed to properly declare about 1 billion yen in income over a five-year period through March 2019.

Nissan had declared the money under corporate expenses, but tax officials later discovered Ghosn, 66, had used the funds for personal expenses.

The taxation bureau identified more than 200 million yen used for repeatedly traveling abroad in corporate jets. It also discovered about 100 million yen in rental fees for condominiums in Tokyo, Paris and Amsterdam, along with other items from Ghosn’s personal expenses.

His elder sister had received consultation fees, apparently declared under the guise of a fictitious business deal, which is believed to be the reason the tax bureau imposed the tax penalty on Nissan for that portion of outlays.

Nissan paid the corporate tax after it deducted those expenses from taxable income, but the tax bureau refused to accept those as expenses.

The tax bureau had already found last year that Nissan paid about 150 million yen of Ghosn’s personal expenses over three business years through March 2014, part of a major scandal over misuse of funds.

Nissan had paid a total of about 1.15 billion yen over eight years.

Nissan confirmed it has received a notice from tax officials.

“The tax inspection through March 2019 has been completed, and we received the correction notice from the taxation authority,” a Nissan official said. “We intend to take actions in accordance with the notice.”

Ghosn, who has repeatedly maintained his innocence, fled Japan last year after being released on bail in Tokyo while awaiting trial on financial misconduct charges.