Amid heightened tensions, Taiwan tells China not to underestimate its resolve 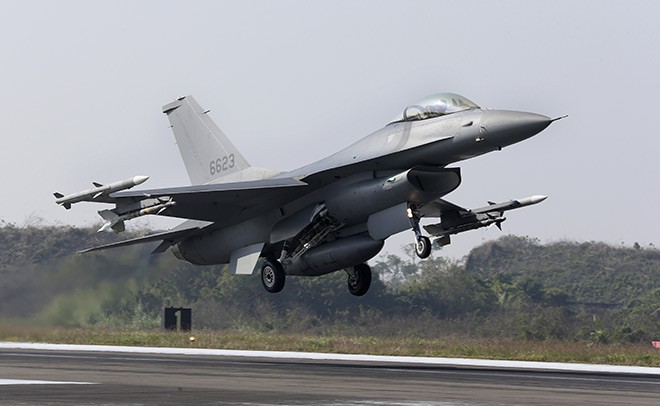 TAIPEI--China should not underestimate Taiwan’s resolve to defend itself, and China’s military threats will only cause Taiwan’s people to be even more resolute, the island’s defense ministry said in a new video responding to repeated Chinese threats.

China has stepped up its military activity around the democratic island Beijing claims as sovereign Chinese territory, sending fighter jets and warships on exercises close to Taiwan, including last week when the U.S. health secretary was in Taipei.

Taiwan will not provoke, but it will also not show weakness, it added.

"Absolutely do not treat lightly our resolve to defend Taiwan," the ministry said.

"The most arrogant country can easily provoke a war, and the most ignorant government can be caught in the flames of war."

China’s provocations and threats will only further unite Taiwan’s people and "recognize the essence of the Chinese Communist’s militarism," it said.

"In the end it will have the opposite effect, inciting the wrath and antipathy of Taiwan’s people, seriously hurting peace and stability across the Taiwan Strait."

The slickly produced video, also released on the ministry’s Facebook page, shows Taiwan’s F-16s screaming into the air, missiles being fired from land and at sea, and soldiers on maneuvers.

China has never renounced the use of force to bring Taiwan under its control. Taiwan’s people have shown no interest in being run by autocratic Beijing.

Taiwan President Tsai Ing-wen is overseeing a military modernization program, though Taiwan’s forces are dwarfed by China’s, which now have advanced equipment including stealth fighters and aircraft carriers.