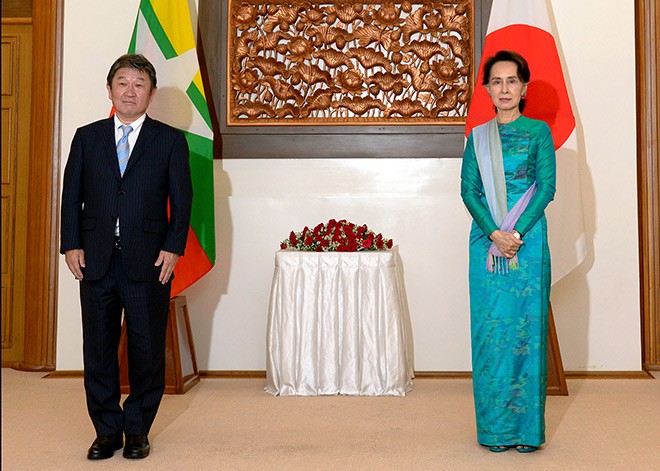 Japan will partially reopen travel to and from Cambodia, Laos and Myanmar in early September as restrictions that were imposed amid the novel coronavirus pandemic are gradually eased.

An agreement reached between Foreign Minister Toshimitsu Motegi and his counterparts in each of the countries will allow those who have a long-term residency permit in Japan, such as technical interns and business people, to travel back and forth between them.

Motegi visited the three countries from Aug. 22 to 24 to discuss reopening travel, which has been shut down to help stop the spread of COVID-19, among other issues.

Students from the countries who receive a scholarship and other types of financial support from the Japanese government will be allowed to enter Japan soon, Motegi told the ministers during the talks.

Japan and each of the countries have agreed to resume the flow of short-term visitors, including business travelers, as soon as possible. But the date has yet to be determined, according to the ministry.

Motegi told Suu Kyi that the Japanese government will “help Myanmar’s efforts to improve the situation of Rohingya Muslims as much as possible,” according to ministry officials.

The International Court of Justice (ICJ) has ordered Myanmar to take measures to prevent persecution of the minority group.

Based on the order, Motegi told Suu Kyi that “it is important (for Myanmar) to carry out what has been ordered consistently,” according to the ministry.