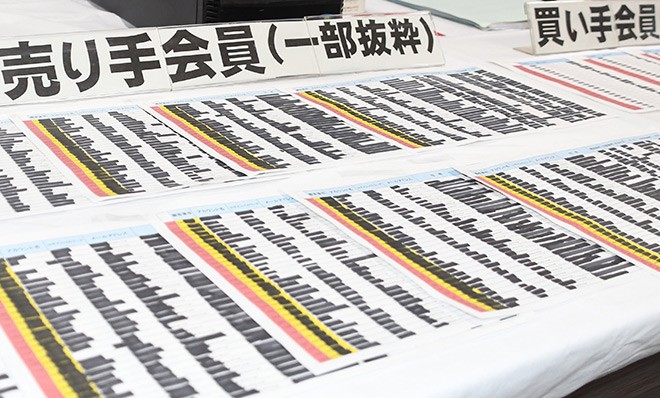 NAGOYA--Dozens of people across Japan have stepped forward to confess to child pornography purchases and sales following an investigation into a supposedly secure overseas adult video website, sources said.

More than 200 registered members of the website have surrendered or consulted police about possible prosecution over a roughly two-month period through August, the sources said.

Sellers set the prices for their videos and other products, which they uploaded. Buyers paid the prices to the operators and downloaded the products.

The operators, who took in half of the payments, gained more than 1 billion yen ($9.4 million) in sales a year, the investigators said.

The marketplace opened in 2018 with its servers installed overseas. All companies responsible for system management and website operations were also based outside Japan.

“The registered members were probably sure they would never be caught by police because the servers are not in Japan,” a senior police official said.

“The operators of similar websites are hopping from one country to another in search of looser regulations,” Okumura said.

“Once uploaded, your videos and images stay there forever,” said Kazuna Kanajiri, chief director of the group. “They may be deleted at your request, only to be uploaded again. Once they end up disseminated, you have no means to restore your honor.”