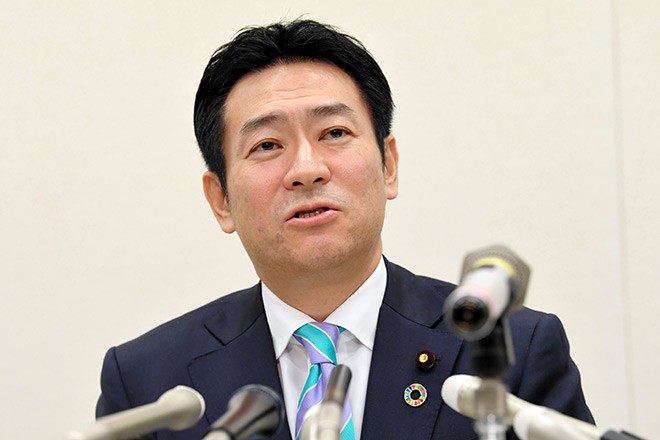 Defendants presented damaging testimony on Aug. 26 against a lawmaker indicted for accepting bribes over a casino project and separately arrested on suspicion of bribing witnesses.

Two former advisers to Chinese gaming company 500.com and the former head of a tourism company admitted in court to bribing Tsukasa Akimoto over a decision on the project.

The two former advisers also described being promised large sums of money if they agreed to provide false testimony during Akimoto’s trial.

Akimoto, 48, left the ruling Liberal Democratic Party after he was first arrested in December 2019 on suspicion of accepting the bribes. He previously served as senior vice minister in the Cabinet Office, where he oversaw the government’s plan to open integrated resorts, which included casinos.

Akimoto was released on bail after his indictment. But on Aug. 20, he was arrested again on a separate suspicion of being a co-conspirator in bribing witnesses to provide false testimony on his behalf.

Because of that second arrest, no date has been set for Akimoto’s first court appearance on the charge of accepting bribes.

However, hearings began on Aug. 26 for the three defendants charged with providing Akimoto with a total of about 7.6 million yen ($71,700) in bribes.

The money in question included cash handouts and paid travel expenses to China and Hokkaido to look into opening a casino in Japan.

500.com had expressed interest in opening a casino at a Hokkaido resort operated by Kamori Kanko.

Three company executives who are supporters of Akimoto have been arrested on suspicion of trying to bribe individuals to provide false testimony in Akimoto’s trial.

During the Aug. 26 court appearance, Konno said those close to Akimoto persistently tried to contact him after he was released from detention.

“They asked me to provide false testimony in court,” Konno testified.

He maintained that he repeatedly refused to comply, but he said on one occasion he came close to being forced to take 20 million yen. Feeling he could face even greater legal problems, Konno then consulted with prosecutors.

Nakazato also admitted in court he was asked to commit perjury.

“I was told, ‘We will pay all your attorney expenses and take care of you for the rest of your life,’” Nakazato said.

He said he rejected an offer of 5 million yen.

Prosecutors described how 500.com tried to use money to influence decisions for where casinos would be allowed to open.

In August 2017, the Chinese company hosted a symposium in Naha, Okinawa Prefecture, and invited Akimoto as a speaker.

At a dinner reception, Akimoto informed Nakazato and other 500.com officials he was in line to become a senior vice minister in the Cabinet Office.

Konno and the other 500.com officials had initially planned to pay Akimoto 500,000 yen as a speaking fee, but when they heard about his upcoming appointment, the company increased the amount to 2 million yen.

In September 2017, when media reports suggested a Lower House dissolution and snap election was near, 500.com officials brought in 15 million yen in cash from Hong Kong without properly submitting documents.

That legal violation was the first trigger that eventually led to the arrests on suspicion of giving and accepting bribes.

The money was intended to be distributed to lawmakers who might be useful when decisions were made on where casino operations were possible, prosecutors said.

Konno and Nakazato handed over 3 million yen to an aide of Akimoto, also indicted on a charge of accepting bribes, they added.

(This article was compiled from reports by Wataru Netsu and Yuji Harada.)