SWIMMING/ Rikako Ikee back in pool after leukemia treatment 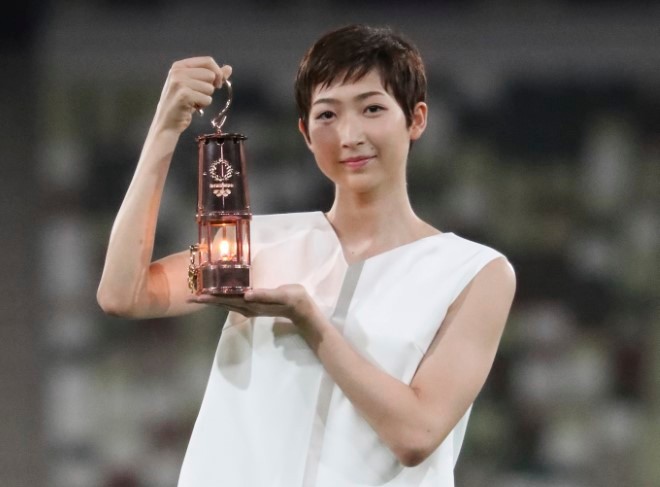 Japanese swim star Rikako Ikee will compete on Saturday in a meet for the first time since being treated for leukemia.

The 20-year-old Ikee won six gold medals in the Asian Games two years ago in Jakarta, Indonesia, and would have been among the favorites in several events going into the now-postponed Tokyo Olympics.

Her strongest event was the 100-meter butterfly where she was closing in on a world record until her illness. She is entered in the 50-meter freestyle event at a Tokyo Swimming Association meet on Saturday.

Ikee revealed her illness 18 months ago. She is not expected to try to compete in the Tokyo Olympics next year but has talked about the Paris 2024 Olympics as a goal.

She appeared in a ceremony last month at the new national stadium in Tokyo. She stood on the floor of the empty stadium and spoke briefly to mark July 24 --the date the Olympics were scheduled to open in Tokyo.