VOX POPULI: Japan’s embrace of public parks all started with the Kanto quake 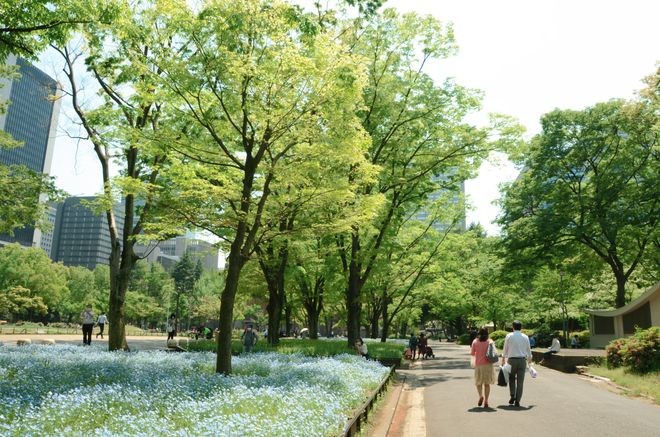 Public parks in Europe and the United States were places of special cultural interest to the Iwakura Mission of the early Meiji Era (1868-1912).

A modern translation by Takaki Okubo of the delegation's official log, published in 1878 under the title of "Bei-O Kairan Jikki" (A true account of the journey of observation through the United States and Europe), noted to the effect that in the West, there always are parks even in small towns because Westerners like to socialize outdoors.

The log went on to observe that because Asians prefer relaxing at home, they build private gardens.

Questions of this cultural observation's accuracy aside, it does appear that the statesmen and scholars who would shape Japan in that era were of the belief that public parks were indispensable to modern cities.

Parks that were built early in Tokyo's Hibiya district and elsewhere were probably meant only as symbols of the government's Westernization policy, just as the controversial construction of the Rokumeikan guesthouse was.

But when the Great Kanto Earthquake struck on Sept. 1, 1923, the parks' practical usefulness became all too apparent: They saved many lives by serving as places of refuge from the great fires triggered by the temblor.

The designation of Sept. 1 as "Bosai no Hi" (Disaster Preparedness Day) was intended as a reminder of the catastrophe that struck the nation's capital in 1923.

These days, our attention is focused almost entirely on the COVID-19 pandemic. But that doesn't spare us from natural disasters, of course.

We need to remind ourselves anew to become familiarized with neighborhood parks and open spaces where we can go to save our lives.

Parks were not the only things that underwent rapid development after the Great Kanto Earthquake. The bitter lessons learned from the terrible consequences of being led by quickly spreading rumors are said to have hastened the start of radio broadcasts, so that the public could be better informed.

Let us try to remember past tragedies to learn from them.

EDITORIAL: Abe’s lies about banquet funds finally come back to haunt him

VOX POPULI: Down but not out: ‘Ayu’ eatery hit by flood, virus vows to rebuild