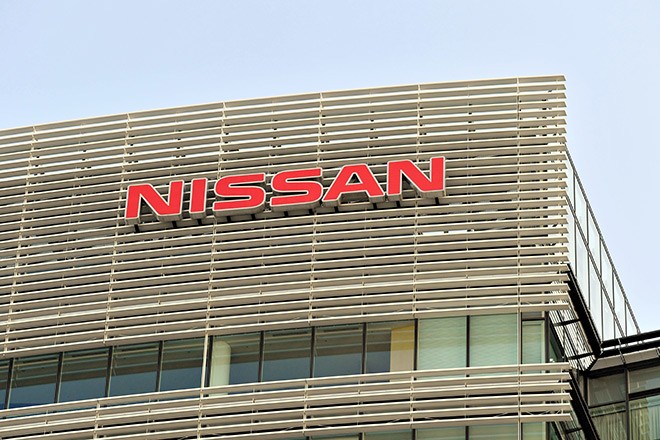 The government guaranteed 130 billion yen ($1.23 billion) of 180 billion yen in crisis loans to struggling Nissan Motor Co. by the Development Bank of Japan, one of the largest ever to a business corporation, The Asahi Shimbun has learned.

The automaker secured the sum by applying for a government emergency program aimed at assisting businesses hard-hit by the new coronavirus pandemic.

If Nissan fails to repay the loans, taxpayer money almost certainly will be needed to cover the loss.

The Development Bank of Japan (DBJ) is a government-affiliated lender.

While this is not the first time for the government to provide a loan guarantee to a private-sector company, the size of the loan is thought to be among the largest.

For instance, Japan Airlines Co. received a government loan guaranteed in 2009, after the collapse of U.S. investment bank Lehman Brothers the previous year, when it was struggling to restructure its management.

The DBJ extended 67 billion yen in loans to JAL with a government guarantee. But taxpayers ended up shouldering 47 billion yen after the airline failed to make good on repayments in 2010.

While few people would dispute the need to offer bold assistance measures to beleaguered businesses to prevent fallout from the new coronavirus pandemic from developing into a financial crisis, Toru Nakazato, an associate professor of monetary finance at Sophia University in Tokyo, said the government should explain its decision to handle Nissan’s crisis differently from other emergency loan cases.

“The government is accountable in light of the possibility that an enormous amount of taxpayer money might be used in the end,” Nakazato said in reference to the Nissan loan.

The government’s emergency program to help cash-strapped companies started in March with loans provided by the DBJ and other lenders.

In the case of Nissan, the DBJ decided to extend 180 billion in loans to Nissan in May. The bank sought a government loan guarantee for 130 billion yen of the total, according to officials involved in drawing up the arrangement.

If the automaker fails to repay the loans, the government will likely have to pick up the tab for about 100 billion yen, or 80 percent of the loan guarantee, set under the emergency program.

The decision to provide Nissan with such a massive injection of cash was something that the DBJ made on its own as it feared the carmaker’s cash-flow problem could become more critical if it was denied the assistance, according to the officials.

The bank apparently took into consideration the prospect that Nissan’s financial troubles, if they dragged on, would have serious ramifications for broader areas of business circles as layers of subcontractors are involved in Nissan’s manufacturing.

Nissan secured a total of 832.6 billion yen in loans from Mizuho Bank, its biggest lender, and other banks, in April and in the months following.

The DBJ has provided 147 loans worth 1.8 trillion yen to large and midsize companies under the new coronavirus emergency program.

But the loans to Nissan mark the only case of the government offering a guarantee.

Companies receiving such massive sums might be tempted to delay making sweeping overhauls to turn their operations around if they become accustomed to the offer of loans, experts warn.

A Nissan representative said the carmaker was not aware of a government loan guarantee.

The DBJ declined to comment, saying it would not discuss individual cases.