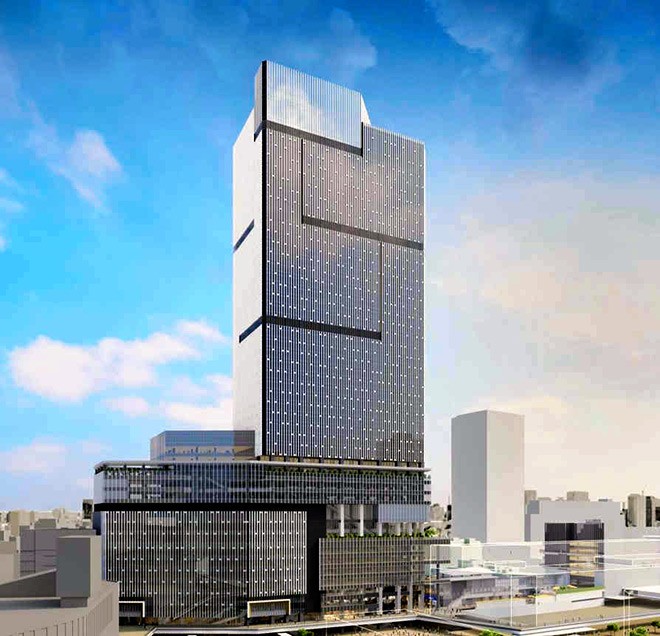 Construction will begin on a skyscraper soaring about 260 meters at Shinjuku Station's west gate in fiscal 2022, which will become the tallest landmark in Tokyo's Shinjuku Ward.

Odakyu Electric Railway Co. and Tokyo Metro Co. on Sept. 9 announced they will rebuild a building at the Shinjuku Station gate where the Odakyu Department Store currently operates as a skyscraper and reconstruct the nearby area, including the station square.

They plan to complete the project in fiscal 2029.

The skyscraper, which will top the 243-meter Tokyo metropolitan government building, the area's current tallest structure, will have a total floor space of roughly 280,000 square meters.

The new building will have 48 floors above ground and five below. Lower floors will accommodate commercial facilities, while upper floors will be for offices.

A public plaza will also be constructed on the third and fourth floors above the Odakyu Line's ticket gate.

The developers also plan to widen passageways for pedestrians and increase the height of the ceilings inside Shinjuku Station's west gate on floors above and below ground level.

Since around 2017, the Tokyo metropolitan government, the Shinjuku Ward office, railway companies and other entities have been discussing how to rebuild a 10-hectare area around the station.

They compiled the Shinjuku Grand Terminal reconstruction concept last year. The skyscraper project, planned by Odakyu and Tokyo Metro, will be the first stage to be realized under the concept.