Suga’s rise to power shines a spotlight on Koike rivalry 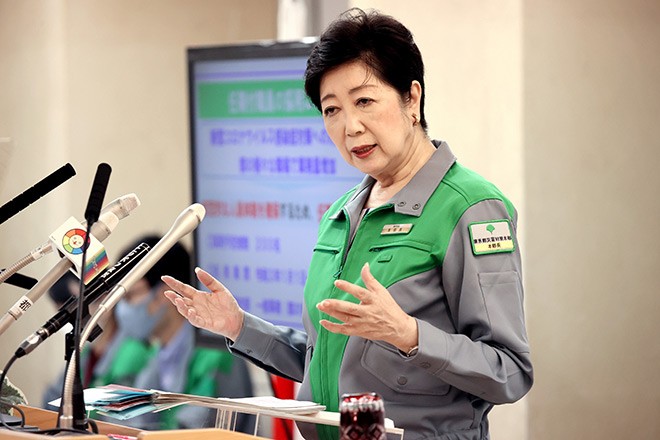 “I am worried,” said an official in charge of overseeing the Tokyo metropolitan government’s response to the novel coronavirus pandemic. “Clearly, they don’t click with each other.”

Suga, who was elected president of the ruling Liberal Democratic Party on Sept. 14, replacing Shinzo Abe at the party’s helm, has been known as Koike’s archnemesis for years.

The two were publicly at loggerheads in July, when Suga made a corrosive remark about Koike’s handling of the pandemic, when the capital was in the middle of dealing with a spike in new infections.

Suga, as chief Cabinet secretary, insisted the central government would not issue another state of emergency, and said the ongoing health crisis was “predominantly Tokyo’s problem.”

Koike clapped back: “It is a national problem.”

The official spoke bitterly about the incident, saying it “caused disharmony in a situation” where the two levels of government needed to work together.

“I don’t understand it,” the official said. “I hope Suga becoming prime minister will change their relationship. But if they drag it on, it’s going to be awkward doing our jobs.”

In addition to the pandemic, Suga is supposed to work hand in hand with Koike on hosting the postponed 2020 Tokyo Olympics next summer.

Many metropolitan officials believe the duo’s close alignment will be essential to making the global sporting event as successful as envisioned.

“Suga has supported Abe, who was involved in the bidding process of the Tokyo Olympics and Paralympics,” said a Tokyo official in charge of the Games. “I’m sure he will show leadership at the Games, which needs a national effort to welcome (athletes and attendees).”

After Suga won the LDP leadership, Koike said she wants to “continue to strengthen cooperation” with him.

“I think it is necessary for maintaining the residents’ health and revitalizing the economy,” she said.