VOX POPULI: Public got more than it bargained for with Abe administration 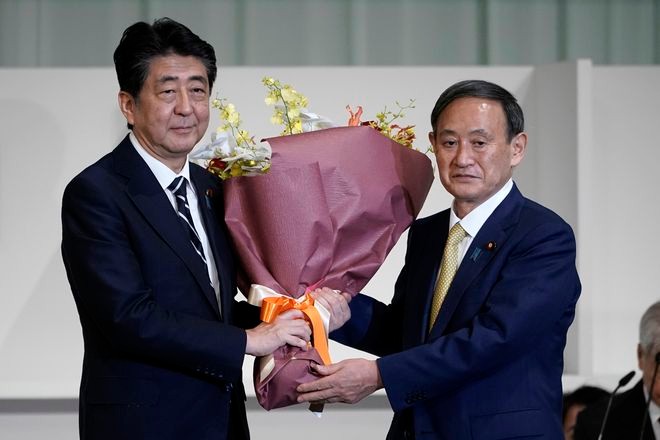 Tie-in sales work only because consumers reluctantly agree to buy an item they don't really want in order to obtain what they do want.

To cite a past example, there were reported instances of consumers forced to buy a toy nobody really wanted as a condition for purchasing a "Mobile Suit Gundam" plastic model kit.

That was back in the 1980s, when the anime TV series was all the rage. I imagine some kids fell for it.

Looking back on the Abe administration, which ends today, I am convinced the same tie-in sales scheme was what Abe must have had in mind.

In his case, the public's desired good (the tying good) was economic stimulus, and the good he wanted to sell (the tied good) was constitutional revision, his long-held dream.

The ploy, as such, did not work. However, I believe we ended up with something else we truly did not want, nor need.

It is not tangible like an amended Constitution. Rather, I could perhaps call it a loss of ethics. The Moritomo Gakuen scandal alone was egregious enough.

Abe declared, "Were I or my wife involved, I would resign as prime minister, as well as from the Diet." But immediately after that, the Finance Ministry began falsifying official documents.

After the falsification came to light, Abe insisted there was "no bribery whatsoever," practically arguing that all was fine, so long as there was no violation of the criminal code.

And with the Kake Educational Institution sandal, and the cherry blossom party scandal as well, he acted as if he was just waiting for the public to lose interest and forget.

But where his economic stimulus measures alone are concerned, I personally would give the Abe administration a passing grade--even though the administration was far from perfect.

But the problem with the Abe administration was its attitude that so long as our basic needs are met, it's all right to ignore civility.

In its arrogance, the administration believed the people would keep supporting it, no matter what, because that was Abe's perceived standing in public opinion.

I wonder if this attitude will be maintained by the new administration of Yoshihide Suga.

Granddaughter of war criminal publishes his notes on POWs