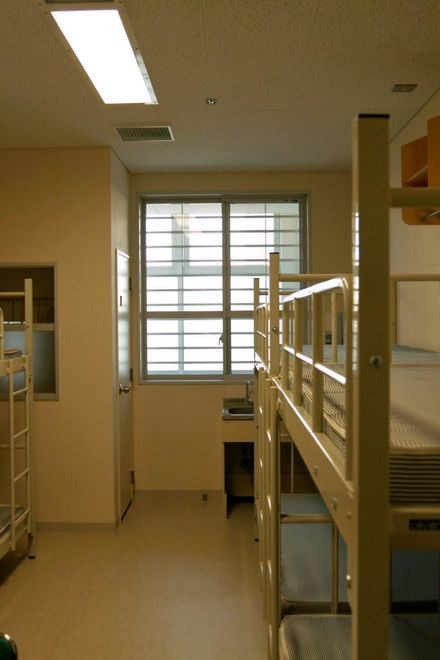 The novel coronavirus pandemic has forced immigration authorities to temporarily release from detention illegal foreigners who are scheduled for deportation, but many of the former detainees are unhappy about the situation.

The immigration agency has found that it cannot deport people because of pandemic-related entry restrictions in their homelands. Compounding the problem is the move by authorities to limit the number of people kept at detention facilities to prevent the spread of COVID-19.

But the tentatively discharged foreign nationals without residence status here are still banned from working, so they must rely on aid from private organizations. And such support has dried up during the pandemic.

“It is difficult even for supporters to provide a sufficient level of assistance in some instances during the coronavirus outbreak,” said Chie Komai, a lawyer from the Tokyo Bar Association, who offers advice for non-Japanese people detained by immigration authorities.

“Measures, such as giving employment permission and public support to temporarily released individuals, should be taken so they can achieve a minimum level of living without anxiety,” Komai said.

In June in Kato, Hyogo Prefecture, five Vietnamese men and women in their 20s with expired visas were arrested on suspicion of violating the immigration control law. They were former foreign technical trainees who fled from their Japanese employer.

According to Hyogo prefectural police, the five Vietnamese lived together in an apartment while working at a food factory in Kato through a staffing agency.

One of the suspects was rearrested on another charge. The four others were sent to the Osaka Regional Immigration Bureau but were later provisionally released from custody.

A source close to the investigation said the five overstayers were likely rounded up as soon as possible because authorities were tipped off by an informant. However, crackdowns over non-urgent immigration violations are sometimes pushed back.

The reasoning is that it is impossible to prevent those accused of serious offenses from “escaping or working illegally” after they are temporarily returned to society, the source said.

Normally, foreigners facing deportation for overstaying their visas or committing other violations are detained at immigration facilities until their repatriation.

Under the provisional release mechanism, detainees can leave the facilities if they meet certain conditions, such as regularly appearing at immigration centers.

The application of the system is limited to cases with “unavoidable reasons,” including medical treatment and urgent family affairs.

In many cases, immigration officials reject requests for the release of refugee applicants who cannot return to their home nations due to political reasons or foreigners with Japanese family members.

However, the Justice Ministry’s Immigration Services Agency of Japan said it has been “aggressively taking advantage of” the tentative discharge mechanism since April to counter the new coronavirus pandemic.

According to the ministry’s data, 1,777 people were temporarily released over the last year, but at least 563, or 30 percent of the total, came in April alone.

Under normal conditions, detainees must submit requests for release. But since the pandemic started, the directors of some immigration centers have set offenders free based solely on their own judgments, according to ministry officials.

Those who are released are still treated as illegal overstayers without resident status, so they cannot work part time or receive public livelihood protection assistance.

“We are provisionally releasing detainees by taking into account problems connected to their families and residence settings,” said an immigration agency representative. “There is no possibility of immigration offices’ offering supportive funds.”

According to nonprofit organization Solidarity Network with Migrants Japan (SMJ), the issue is made more complicated by the financial struggles of families of those released and other providers of assistance amid the pandemic.

The SMJ has received many complaints from those who have been released, including a man in his 50s who “has little money and is really in need.”

Another discharged foreigner in his 30s told the SMJ that he has “no income so he cannot buy enough food for my 2-year-old kid.”

The SMJ in May started soliciting donations to help foreigners set free by immigration offices. The group in July also demanded the government offer housing and other emergency aid for them.