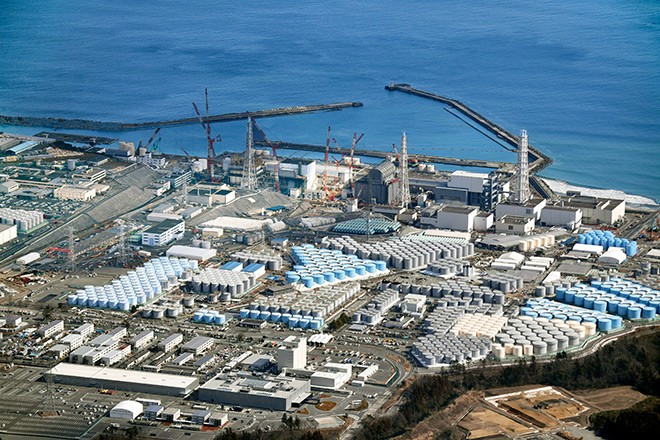 The Abe administration failed to address key energy policy issues during its seven years and eight months in power, with the procrastination most evident in the area of nuclear power.

The administration scrapped the plan to phase out nuclear power by the end of the 2030s, formulated by the previous government led by the Democratic Party of Japan after the accident at the Fukushima No. 1 nuclear power plant in 2011.

It reaffirmed the need for nuclear power, calling it “an important baseload power source,” and decided to restart reactors, which had been offline since the nuclear accident, once their safety was confirmed.

In 2015, the government set a target of raising the share of nuclear power in the nation’s overall electricity output to 20-22 percent in fiscal 2030, close to the level before the accident.

The Abe administration set a nuclear power target but failed to provide leadership for achieving it. It left decisions on whether specific reactors are safe to run to the Nuclear Regulation Authority (NRA) and decisions to restart these reactors up to the electric utilities operating them and the host communities.

As a result, the actual situation has been quite different from the scenario scripted by the Abe administration.

The administration’s initiative to promote exports of Japanese nuclear power technology as part of its growth strategy has also gone nowhere.

On Sept. 16, when the Abe Cabinet resigned en masse, Hitachi Ltd. decided to pull the plug on a planned nuclear plant construction project in Britain. There is now no overseas project to build a nuclear power plant using Japanese technology that is still viable.

Japan’s program to recycle spent nuclear fuel, which has been kept alive despite being untenable, is provoking international concerns and criticism.

The program, which involves recovering plutonium from spent nuclear fuel for recycling back into new fuel, is building a growing stockpile of plutonium that cannot be used as fuel because most reactors in Japan remain offline. This is a concern because plutonium is a material that is also used to make nuclear weapons.

The global landscape surrounding nuclear power generation has radically changed since the Fukushima meltdowns. But the Abe administration turned the clock back on nuclear power policy, triggering the manifestation of all the contradictions.

How does Abe’s successor, new Prime Minister Yoshihide Suga, intend to deal with this sticky situation?

In a news conference immediately after taking office, Suga stressed that his administration is firmly committed to ensuring a stable energy supply for the nation. But the new administration has yet to unveil any specifics about its energy policy.

In addition to the ruined reactors at the Fukushima plant, some aging reactors have also been designated for decommissioning, lowering the total capacity of nuclear power generation by some 30 percent from before the Fukushima accident.

It is now next to impossible to achieve the government’s target for the share of nuclear power.

The next triennial review of the government’s basic energy policy will start in the summer of 2021. The reality calls for reducing the nation’s dependence on nuclear energy. A decision to go down this path would point the way toward a future without nuclear power.

The government should ask itself whether its adherence to the nuclear power policy is causing it to underestimate the potential of renewable energy.

Suga has pledged to remove the influence of vested interests on policymaking and break with the bad tradition of simply following precedents. He should spearhead an initiative to reinvent the energy policy.

Trends in energy demand could change dramatically in the post-COVID-19 society. The Suga administration should not squander this opportunity to transform the nation’s energy policy.