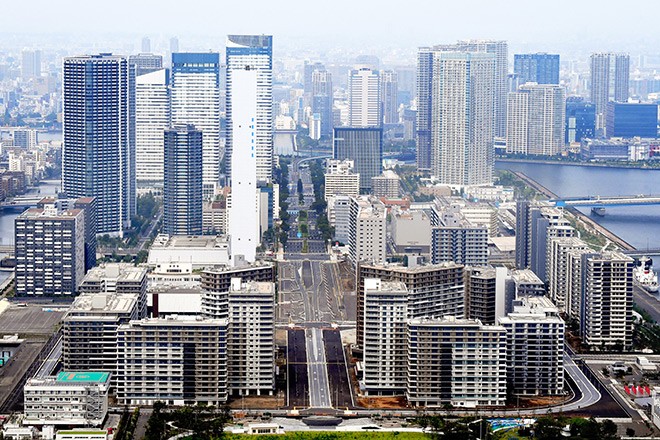 Organizers anticipate saving tens of billions of yen by streamlining various aspects of the postponed 2020 Tokyo Games in an effort to tackle ballooning costs, sources said.

Additional expenses have piled up from delaying the Games a year, but the changes being worked out to rein in spending will be limited and are not expected to come anywhere close to making up for the postponement.

The International Olympic Committee (IOC) and the Tokyo Organizing Committee of the Olympic and Paralympic Games have begun working on a plan to simplify many aspects of the events postponed to next year due to the novel coronavirus pandemic.

As of the end of 2019, the budget for the Games was 1.35 trillion yen ($12.9 billion). Extra expenses of several hundred billion yen are expected due to the delay.

Organizers have so far secured savings of about 20 billion yen from cost reductions. The final amount is expected to be announced at an IOC meeting in early October.

Organizers are looking to trim more spending, but it will be difficult. A huge increase in cost savings is unlikely, sources said, because the number of competition events and participating athletes are exempt from their cost reductions, and most of the contracts have already been made.

Organizers initially listed 250 items for review to cut back on costs. But after a discussion with the IOC, the list was shortened to just 52. These items, to be reviewed, included “furniture and equipment for officials to use.”

Under the plan, prefabricated buildings to be temporarily set up at venues, and decorations for inside and outside of venues, are expected to be reduced by 10 to 30 percent.

They also plan to cancel a ceremony at the opening of the IOC general meeting.

The number of visiting officials from international sports associations will be reduced as well.

But the adjustments will not be dramatic. The organizers expect to maintain the number of sporting events: 33 for the Olympics and 22 for the Paralympics.

Some 15,000 athletes are expected to join the Games as planned. Organizers do not plan to change the number of athletes, the Games’ schedule or the venues.

Organizers also expect to still hold the Olympic torch relays, which will continue for 121 days, as scheduled.

They had discussed shortening the relay, but local governments objected.

The number of cars following the torch runners will be reduced by several dozens as a cost-saving measure.

The idea of shortening the opening ceremony for the Games was met with opposition from TV stations. The ceremony’s production will be revised, though, according to sources.

Some proposed cost-reduction measures were scrapped because they could create risks related to the coronavirus pandemic.

Organizers had discussed decreasing the number of days of the opening period of the Olympic and Paralympic Village, where athletes will stay in Tokyo’s Harumi district, by two days from originally scheduled.

But that plan would likely have affected registration procedures and created crowds, increasing the risk of spreading the virus, so it was dismissed.

Organizers are monitoring the pandemic situation and may make more changes to the cost-reduction plan.

(This article was written by Yuki Okado, Yusuke Saito and Daisuke Maeda.)