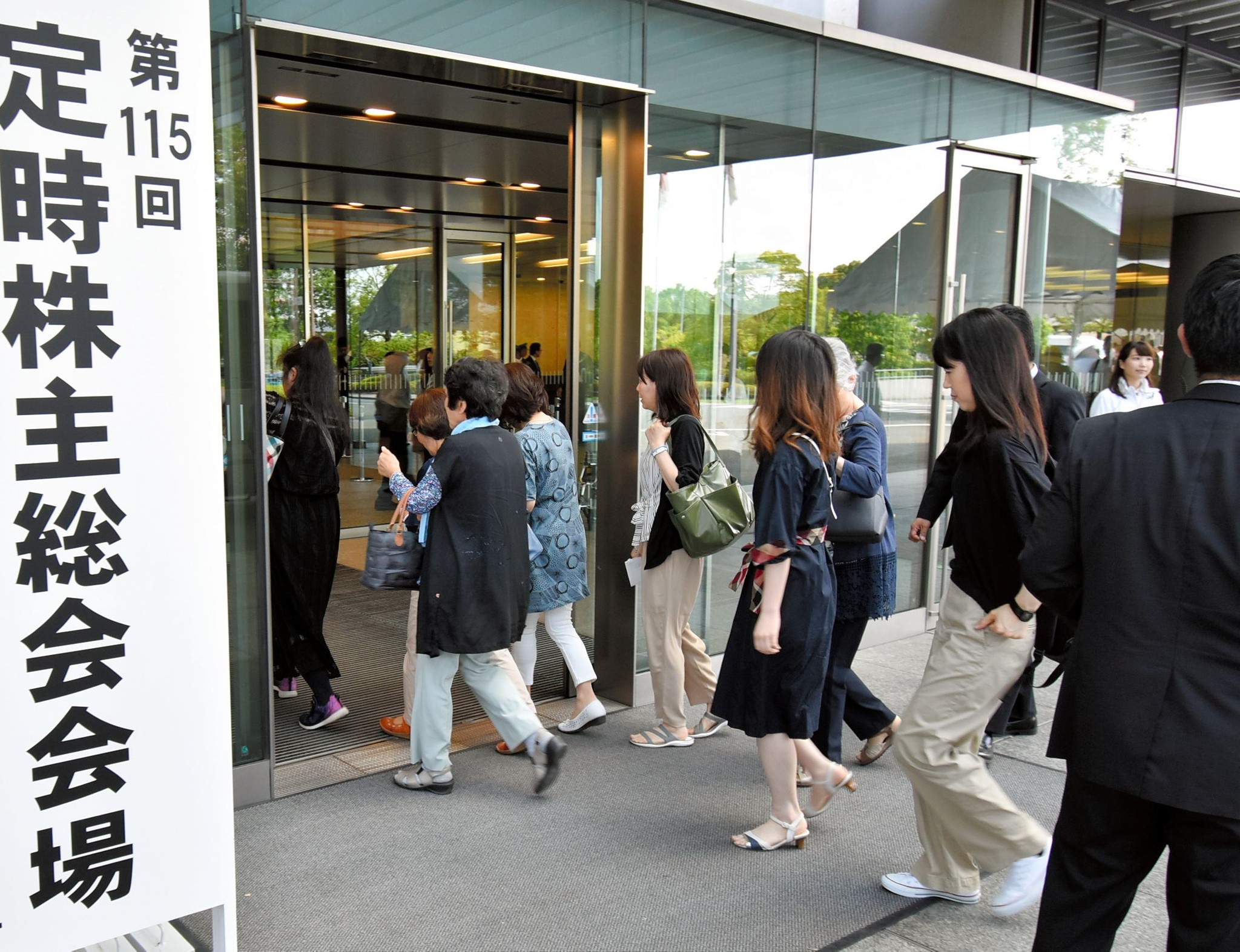 Overseas corporate investors are fed up with Japanese companies that have made no progress in welcoming female directors to their corporate boardrooms.

In recent months, dissenting votes have been cast by such investors at general shareholders' meetings, urging these companies to appoint at least one woman, if not more, to their executive boards.

Goldman Sachs Asset Management Co. in April announced its standard for voting and said it will oppose a proposal regarding the election of directors submitted by a company that has no female directors.

The asset management company, in fact, cast a "nay" vote at about 400 general shareholders’ meetings this summer.

Although simply appointing a woman to serve on an executive board doesn't go far enough, it still is necessary for a company to have at least one, the representative said.

Legal & General Investment Management, one of the largest asset management firms in Europe, has taken a similar approach starting from this year.

According to Zenkoku Kabukon Rengokai, an industry group that collects information on companies and stocks in Japan, out of 1,759 companies that include listed ones, 40 percent  appointed a female director in 2019.

However, on 80 percent of these corporate boards, the appointee was the sole woman in an otherwise all-male boardroom.