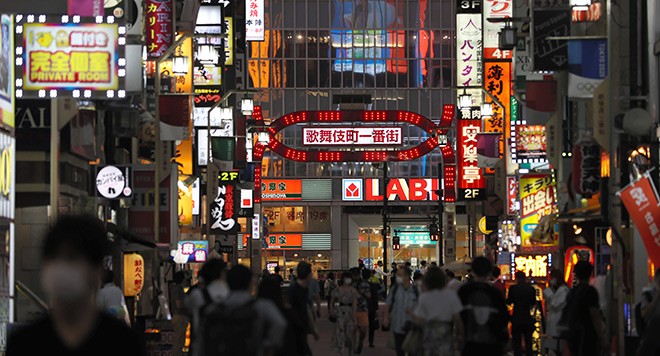 Author Mitsuyo Kakuta admits that she is in no state to pay attention to fellow passengers on a train close to the last run because she is usually inebriated.

So, she was stunned to note how drunk almost everyone was the first time she took a late-night train stone cold sober.

Another individual almost stepped into the gap between the train door and the platform.

The author realized that she was seeing her usual self in any of these people.

But the COVID-19 pandemic seems to be bringing changes to such scenes.

According to East Japan Railway Co., late-night ridership has plummeted, and the number of passengers on Yamanote Line trains running past midnight on weekdays has fallen by more than 60 percent from pre-pandemic levels.

More people are working from home and not going out for after-work drinks. Given these changes, JR East will move up last train runs in the metropolitan area by about 30 minutes from next spring.

However, the primary reason for this schedule change is staff shortages. The company is having a harder time securing midnight crews for track inspection and maintenance.

Company officials explained that the job can be done more efficiently if the hours of no train service are extended.

The situation is the same for West Japan Railway Co., and its last train runs on major lines in the Kinki region will be also departing earlier.

Residents of Japan’s two biggest population centers could be going to bed a bit earlier.

Contemporary megapolises boast of  being “cities that never sleep.”

But labor shortages, coupled with the COVID-19 crisis, are forcing railway operators to rethink. The same applies to family restaurant and convenience store chains with respect to their business hours.

This could be a good opportunity for society to stop and reflect on the fact that the pursuit of excessive convenience has forced sacrifices on some people.

I presume some people are drinking far too much in the comfort of their own homes because they do not go out to drink.

Perhaps it’s a good idea to set the departure time of your “imaginary last train.”