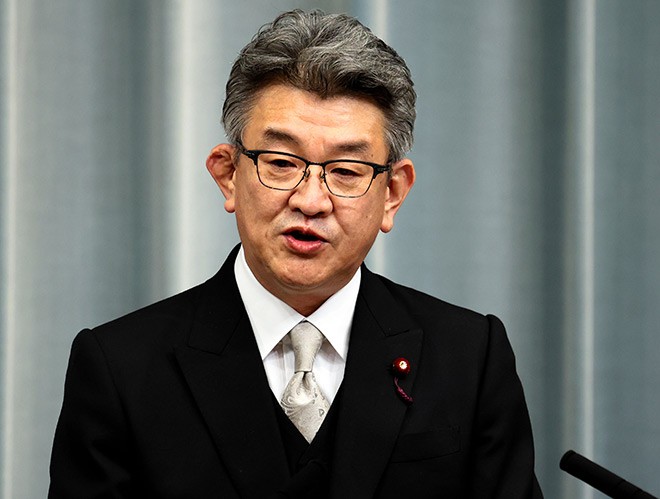 The new Suga administration is putting the screws on cellphone carriers to reduce their fees, long considered high from a global perspective.

When he was chief Cabinet secretary, Yoshihide Suga took pride in pressuring carriers to lower their fees.

Now that he is prime minister, Suga is calling for further reductions.

Suga on Sept. 18 met with Ryota Takeda, the internal affairs and communications minister, and instructed him to keep applying pressure on cellphone carriers.

Takeda, speaking to reporters after the meeting, said he would follow through “100 percent” and offered a glimpse of the range of fee reductions he was envisioning.

“A reduction of about 10 percent could not be considered tangible reform because the introduction of the market principle of competition overseas has led to cuts of 70 percent,” Takeda said.

He added that he would form a working team under his leadership to consider steps to spur greater competition among cellphone carriers and eventual reductions in fees to users.

Takeda told reporters that Suga told him to take specific steps to accelerate the process.

The Internal Affairs and Communications Ministry, citing an international comparison of fees imposed by the company with the largest market share in various nations, said reductions in fees of between 70 and 80 percent over a five-year period until fiscal 2019 were achieved in Britain, France and Germany, among other Western nations.

But over the same period, fees in Japan were only cut by less than 30 percent.

One of the past measures that Suga had a hand in pushing through was to cut the penalty users were forced to pay when they decided to switch their cellphone carrier before the initially agreed to period was up.

But unlike in Europe, those measures did not lead to sharp cuts in fees.

At his Sept. 18 news conference, Takeda said that the profit margins for cellphone carriers in Japan were simply too high.