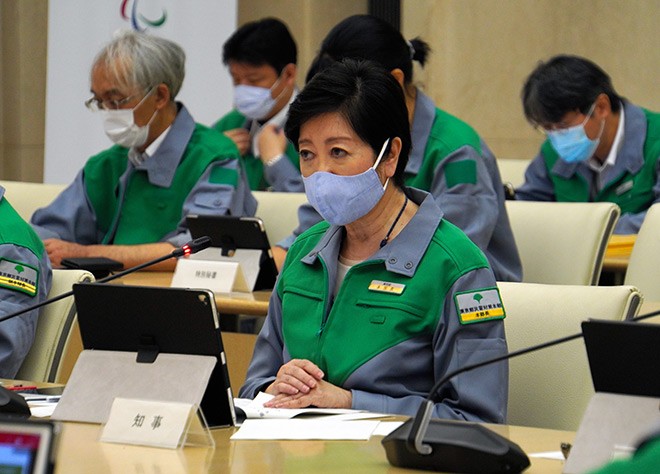 Tokyo Governor Yuriko Koike attends a meeting on the novel coronavirus pandemic at the Tokyo metropolitan government building on Sept. 17. (The Asahi Shimbun)

Confirmed new cases of COVID-19 infection in Tokyo reached 218 on Sept. 19, but less than 20 percent of the patients were aged 60 or older.

Three of the newly confirmed patients were under 10, with another 11 in their teens, the Tokyo metropolitan government said.

It said 169 cases, or slightly less than 80 percent, involved patients between the ages of 20 and 59.

Twenty-five patients on Sept. 19 were classified as having severe symptoms that require the use of a ventilator or an extracorporeal membrance oxygenation (ECMO) device, which circulates blood through an artificial lung, a decrease of one from the previous day.