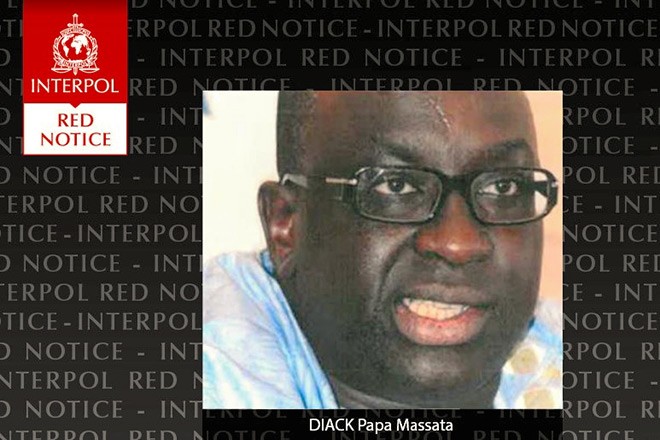 Documents reviewed by an international media consortium have pieced together the flow of money from a consultant of the Tokyo Olympic bid committee to the son of an influential member of the International Olympic Committee.

U.S. bank and French criminal investigation records show that about $370,000 (about 37 million yen) was transferred from the bank account of a Singapore consulting firm hired by the bid committee to help its efforts to bring the Summer Olympics to the Japanese capital in 2020.

The money was sent by Black Tidings Co. around the time of the September 2013 IOC meeting that decided on Tokyo as the 2020 host city and went to the bank accounts of Papa Massata Diack, 55, and his company. He is the son of Lamine Diack, who was then a voting member of the IOC as well as president of the International Association of Athletics Federations.

Four years ago, questions were raised in the Japanese Diet about the $2,325,000 that the bid committee paid Black Tidings, but it was never made clear how Black Tidings spent that money.

The FinCEN Files, a 16-month-long investigation of the International Consortium of Investigative Journalists (ICIJ), BuzzFeed News, Kyodo News, Radio France, The Asahi Shimbun and 105 other media partners, is based on top-secret bank reports filed with the U.S. Treasury Department’s intelligence unit, the Financial Crimes Enforcement Network (FinCEN), other documents and dozens of interviews. Among the documents analyzed are the Suspicious Activity Reports (SAR) that financial institutions submit to FinCEN.

During the course of the investigation, a reporter for an ICIJ partner, the French public broadcasting service Radio France, saw sealed documents from the French criminal investigation and shared a portion of the contents of them with partners of the ICIJ, including The Asahi Shimbun.

But two money transfers were made to the account on dates sandwiching Sept. 7, when the IOC meeting was held to choose Tokyo as the 2020 Olympic host city.

According to the SAR submitted by Standard Chartered Bank to FinCEN and shared with French investigators, on Aug. 27 and Nov. 6, a total of $35,000 was transferred from the Black Tidings account to the personal account of Papa Massata Diack at a Russian bank.

According to the investigative document, more than $150,000 was eventually transferred to the Russian bank account by Jan. 27, 2014, from the Black Tidings account.

Money was also transferred to a Senegal account of PMD Consulting SARL, a company affiliated with Diack. PMD Consulting received four round-dollar transactions totaling $217,000 from Black Tidings, which occurred from Nov. 6, 2013, until Dec. 18, 2013.

The investigative document also showed that the account finally debited on Nov. 8, 2013, with a transfer of 85,000 euros ($114,522, or 11 million yen) to Elysees Shopping for watches and other luxury items acquired by Papa Massata Diack from the Elysees Shopping store in Paris on July 16 and 25, 2013.

The SAR submitted with FinCEN also showed that $95,000 was transferred to a car dealership located in Dubai, the United Arab Emirates (UAE), on Oct. 29, 2013. The remittance reference field for the transaction states “REF: PAPA DIACK.”

Transfers were also made from the Standard Chartered Bank account to a Senegalese-based travel and tourism provider and a UAE-based diamond and jewelry dealer in October and November 2013, but the bank had no knowledge of what the money was used for.

Another SAR submitted by Citibank in 2016 to FinCEN lists 112 remittances between 2007 and 2015, for a total of $55.7 million. Most of them were sent from Diack's affiliated companies such as Pamodzi Sports Consulting.

Not only was Lamine Diack a voting member of the IOC, but he was also believed to have influence over how other IOC members, especially those from Africa, voted. Both Diacks were later indicted by French investigative authorities for accepting bribes in connection with an attempt to cover up doping cases by Russians. The father and son were sentenced to imprisonment at a courthouse in Paris on Sept. 16.

Papa Massata Diack denied his involvement in the contract between the Tokyo Olympic bid committee and Black Tidings in a telephone interview from Senegal on Sept. 12 with a reporter of Kyodo News, which is one of the Japanese partners of the ICIJ.

Papa Massata Diack said, “Basically, Black Tidings is not my company. I’m not the owner of BT. The owner is a friend of mine, I don’t deny that. He is somebody I worked with in China to sell sponsorship contracts for Sinopec, the oil company, and for CCTV.

“We have some business dealings, of course. We work together, nothing unofficial. The guy was contracted, with the recommendation of Dentsu, to be a lobbyist or a consultant for the Tokyo 2020 candidature. I’m not the one who initiated it. He is a consultant like me. When I met him in China in 2008, he was already a consultant.”

Responding to a question about the transfer of $217,000 from Black Tidings to PMD Consulting, Diack said, “When I had a payment for a sponsorship deal made in China, you know in China the money doesn’t go out in yuan or renminbi. So what we used to do for compensation is when I have some yuan, I transfer the yuan to his account in China and he will pay me U.S. dollars in Senegal because I can’t transfer yuan from China to Senegal.

“When I have some bills to pay in Senegal, we have a limit as a company. I cannot transfer more than $50,000. So when I have a bill of over 80,000 euros, he will make payment and I will pay him in yuan. In Singapore, the transfer is free. It’s not controlled like in China.”

When he was asked about other transfers in 2013 and 2014 from Black Tidings to an account in Russia registered under his name, Diack said, “That one is related to the IAAF World Championships in Moscow in August 2013. We had to pay some expenses for Sinopec and CCTV for the advertising board and for all the servicing costs of their things. And he was responsible for the Sinopec account because he had negotiated with Sinopec.

“Since he didn’t have an account in Russia and couldn’t transfer cash to Russia, he sent it to my account, that’s all. We paid all those amounts to Moscow. We worked together on servicing Sinopec. All the things we did were taking Sinopec officials to dinner, paying for advertising boards, paying for advertising spots on television, doing billboards in the city and everything.”

Asked whether he had any business regarding the Tokyo Olympics, Diack said, “There is nothing to do with the Tokyo Olympics. I say it openly to everybody. Lamine Diack, IAAF president, was supporting Tokyo openly, he was not hiding. Two reasons. The first reason is all sponsors for IAAF were Japanese companies. The second is mainly Japan has organized all IAAF events. Our biggest television contract of IAAF was with TBS. We didn’t need to be lobbied or bought or given any favor to support Japan. We didn’t need them. Dentsu has guaranteed $18 million per year (for the IAAF). It’s a lot of money.”

Before it was disbanded at the end of March 2014, the Tokyo Olympic bid committee was headed by Tsunekazu Takeda, 72, who was then president of the Japanese Olympic Committee, with offices within the Tokyo metropolitan government building complex in the capital’s Nishi-Shinjuku district.

He was also asked about a media report that said there was no clear prohibition against offering bribes to IOC members in a contract signed by the bid committee. Takeda said he could not confirm the existence of such a provision.

Responding to an inquiry from a partner of the ICIJ, Takeda said that he had no knowledge of what happened to the payments from the bid committee to Black Tidings, and that he felt very disappointed.

Nobumoto Higuchi, 67, a former high-ranking official of the sports ministry who served as secretary-general of the bid committee, declined requests for an interview with The Asahi Shimbun.

(This article was written by Toshihiro Okuyama, a senior staff writer, and Kei Fujiyama.)