In their first talks, Trump tells Suga to call him at any hour 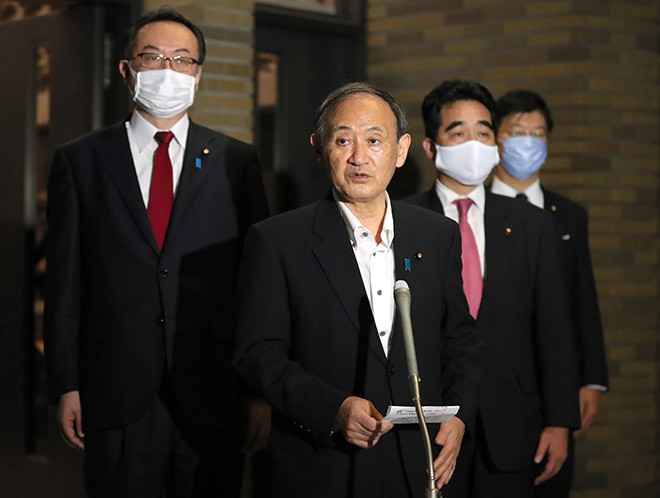 In a 25-minute phone call with Trump, the two leaders agreed to strengthen the Japan-U.S. alliance and work closely together on dealing with North Korea, including the abduction issue, as well as the novel coronavirus pandemic.

The new prime minister said to reporters after the phone call that he told Trump that the bilateral alliance is “a foundation for regional peace and stability.”

Suga’s predecessor, Shinzo Abe, built a friendly relationship with Trump. Suga said the U.S. president told him to call at any hour if anything should happen.

“I felt a really good response,” Suga said about the conversation.

Suga asked Trump for full support to resolve the North Korean abduction issue, according to the Japanese government.

They also exchanged opinions on the situation regarding China.

But Suga and Trump did not discuss the issue of Japan’s contribution to the cost of stationing U.S. troops in Japan, the Japanese government said.

The current term of Japan’s contribution will expire in March 2021, and talks over the issue are expected to formally begin soon.

Trump has repeatedly said he will demand a steep increase in Japanese spending.

Suga’s first talks with a foreign leader since his Cabinet’s inauguration was a phone conversation with Morrison that lasted about 20 minutes earlier on Sept. 20.

They discussed the “free and open Indo-Pacific” strategy that the Abe administration pushed, among other issues, government sources said.