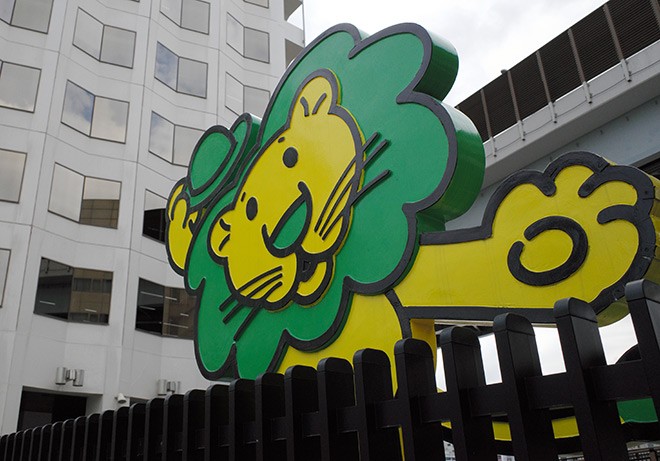 Lion Corp., a manufacturer of household products based in Tokyo’s Sumida Ward, received 1,649 applications for around five side-job positions. (The Asahi Shimbun)

The telework culture prevalent in the COVID-19 pandemic has opened opportunities for employees seeking side jobs for extra income, but labor experts warn the new work style could lead to dangerously long work hours.

Major companies, ranging from automakers to information technology giants, are trying to tap into a pool of professionals in other businesses who have more spare time on their hands under their flexible work-from-home hours.

The pool appears quite deep.

When Yahoo Japan Corp. began soliciting applications for about 110 side jobs in July, more than 4,000 people applied.

Those hired will work on two- to three-month contracts from October primarily as “strategy advisers” for the planning of new online services. They do not need to show up at the Yahoo Japan office in principle, but they will have to attend online meetings.

Yahoo Japan is prepared to offer about 50,000 yen ($479) a month for the stint that will total about five hours or so monthly.

“We can create new things by combining ours with input from outside the company,” he said.

In May and June, Lion Corp., a manufacturer of a variety of household products, recruited personnel to plan and draw up strategies for new business programs.

The emphasis was placed on “freshness” of applicants equipped with the latest knowledge and experiences in their fields.

Although Lion offered only around five positions, it was flooded by 1,649 applications, most of them people in their 40s.

Some were regular employees working in sales or research and development at other companies.

Unilever Japan KK, the Japanese arm of the European-based manufacturer of consumer goods, expects to hire up to 30 people a year who will receive 100,000 yen to 200,000 yen each for about 10 hours of work a month.

Yuka Shimada, director of Unilever Japan’s Human Resources and General Affairs Department, said more people are juggling jobs to make the best use of the time saved from teleworking.

Among other businesses that have recruited side-job seekers are Daihatsu Motor Co., Yamaha Motor Co. and Mitsubishi Estate Co. They each made available about three positions.

One advantage for the companies is that they can capitalize on the talent of the outside workers without spending too much on them.

The government is also promoting such recruitment as part of its reforms of working practices. Businesses have started allowing their employees to take side jobs as long as their main work responsibilities are not disrupted.

Some companies whose business transactions have decreased because of the pandemic are even encouraging their employees to take side jobs to make up for lost wages.

Workers in high demand are professionals well versed in information technology and other specific fields.

But others have gained side jobs for clerical work, accounting assistance, data entry and box packing.

Workers have taken a higher interest in such temporary positions.

CrowdWorks Inc., a leading job placement agency, said the number of people registered there was 3.79 million at the end of June, up by nearly 1 million from a year earlier.

“The number of people pursuing a working style not dependent on just one job is rising,” said Shuzo Narita, executive vice president of CrowdWorks.

However, the Ministry of Health, Labor and Welfare’s workstyle reforms are intended to address corporate Japan’s notorious long working hours and reduce the number of cases of “karoshi” (death from overwork).

Working multiple jobs could cause workers to put in longer hours than before and increase their risk of developing health problems.

To prevent overwork, the ministry this month introduced guidelines for workers doing multiple jobs, including advising them to report their working hours to both their main employer and side-job employer.

But the guidelines are based on the assumption that workers keep tabs on their work hours based on the jobs they perform.

They also say such workers need to be fully aware that they must not release confidential information acquired in their course of their duties.

Freelance workers are not covered by the guidelines.