EDITORIAL: Much at stake in picking a final nuclear waste disposal site 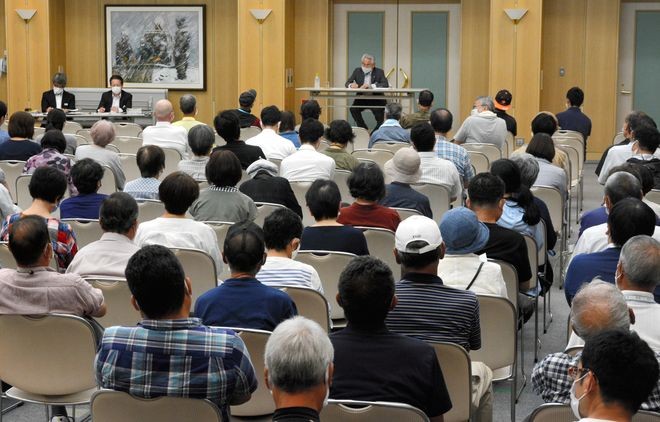 Two local communities in Hokkaido are considering pitching themselves as candidates for the site for final disposal of highly radioactive waste from nuclear power plants.

Last month, the mayor of Suttsu in the northernmost main island said the municipal government is thinking to apply for the first stage of the three-stage process of selecting the site for the nation’s final repository for nuclear waste.

During this period, past records about natural disasters and geological conditions for the candidate area are examined. Town authorities are holding meetings with local residents to explain its intentions.

In Kamoenai, a village also in Hokkaido, the local chamber of commerce and industry submitted a petition to the local assembly to consider an application for the process. The issue was discussed at an assembly committee. However, the assembly decided to postpone making a decision after further discussion.

Both communities are located close to the Tomari nuclear power plant operated by Hokkaido Electric Power Co. and struggling with common rural problems such as a dwindling population and industrial and economic stagnation.

The law decrees that when the first stage of the selection process starts, the municipality that is picked will receive up to 2 billion yen ($19.1 million) in state subsidies for two years.

But the Ministry of Economy, Trade and Industry and the Nuclear Waste Management Organization of Japan (NUMO), which are in charge of the selection process, have promised it will not move to the second stage if the prefectural governor or local mayor voices an objection.

A huge amount of spent nuclear fuel has been produced by nuclear plants in Japan, and it needs to be stored and disposed of somewhere in this country.

This policy challenge requires a solid consensus among a broad range of people, including residents of cities who have been beneficiaries of electricity generated at nuclear plants.

The two Hokkaido municipalities’ moves to consider applying for the first stage of the selection process should be taken as an opportunity for national debate on the issue.

The first step should be to establish a system for local communities to discuss the issue thoroughly from a broad perspective.

It is crucial to prevent bitter, acrimonious divisions in local communities between supporters and opponents.

The central government and other parties involved need to provide whatever information is needed from a fair and neutral position to help create an environment for healthy, in-depth debate.

There is also a crucial need to fix the problems with the current plan to build a final repository for radioactive waste.

Under the plan, which is based on the assumption that a nuclear fuel recycling system will eventually be established, the repository will be used to store waste to be left after spent nuclear fuel is reprocessed to recover and recycle plutonium and uranium.

But there is no prospect for the establishment of such a recycling system which would allow for disposing only of the waste from reprocessing and recycling.

Eventually, Japan, like most other countries with nuclear power plants, will be forced to map out plans for “direct disposal,” or disposing of spent fuel from nuclear reactors in underground repositories.

The central government has not changed its policy of maintaining nuclear power generation as a major power source. If nuclear reactors keep operating, they will continue producing spent fuel.

The government will find it difficult to win local support for the planned repository unless it makes clear what kind of and how much radioactive material will be stored at the site.

Many local governments are facing a fiscal crunch partly because of the impact of the COVID-19 pandemic.

Hokkaido Governor Suzuki has taken a dim view of the financial incentive offered to encourage local governments to apply for the first stage of the selection process, criticizing the proposed subsidies as “a wad of cash used as a powerful carrot.”

It takes tens of thousands of years for the radioactivity of spent nuclear fuel to decline to sufficiently safe levels.

Trying to stem local opposition by dangling temporary subsidies could create a serious problem for the future in the communities.

It is vital to ensure that the repository plan will secure a long-term policy commitment to the development of the local communities and ensure benefits for the entire areas.