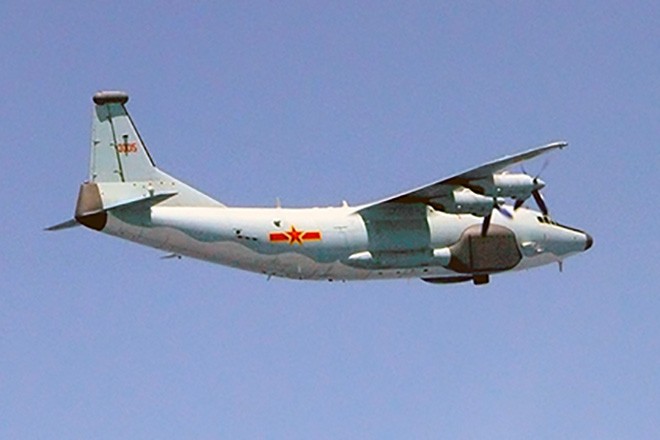 Plans calls for establishing the special unit within a Ground SDF base in Okinawa Prefecture within a few years, according to several government sources.

Defense Ministry officials are also moving to earmark some of the expenditures related to the setting up of the unit in the budget for fiscal 2021.

Electronic warfare involves not only electromagnetic waves used in communications and radar but also infrared rays needed to guide missiles.

The first special unit within the SDF will be established at the GSDF’s Camp Kengun in Kumamoto Prefecture next spring.

But the eventual plan will be to also deploy a unit to Okinawa, the nation's southernmost prefecture, as part of the SDF’s overall shift toward the Nansei island chain that lies close to China.

According to Defense Ministry sources, the Chinese military in recent years has deployed ships and aircraft for intelligence-gathering in the East China Sea where the disputed Senkaku Islands are located.

The SDF unit will be involved in both offensive and defensive purposes. It will be tasked with interfering with "enemy" communications, missile guidance and drone navigation while also protecting SDF communications and equipment from similar attacks.

The unit will have some of the most advanced technology available at its disposal, including the Network Electronic Warfare System (NEWS), which can analyze and interfere with communications systems.

The Defense Ministry has already strengthened other units, such as one handling missile defense, covering the Nansei island chain in response to maritime advances by China.

The next step will be the deployment of a unit involved in space, cyber and electronic warfare.

One high-ranking SDF officer said it might be easier psychologically on SDF members to engage in electronic warfare as the activities would not directly harm enemy combatants.

“Compared with foreign nations, the SDF has not kept up in space, cyber and electronic warfare capabilities,” said a high-ranking Defense Ministry official.

Defense Ministry sources said other electronic warfare units might be deployed to different locations in Japan in the future.

But ministry officials will also be obliged to offer detailed briefings to local residents living near bases where electronic warfare units are deployed due to concerns about the effects of electromagnetic waves on people’s lives and health.